MPs did not pass more penalties for those who refuse vaccines 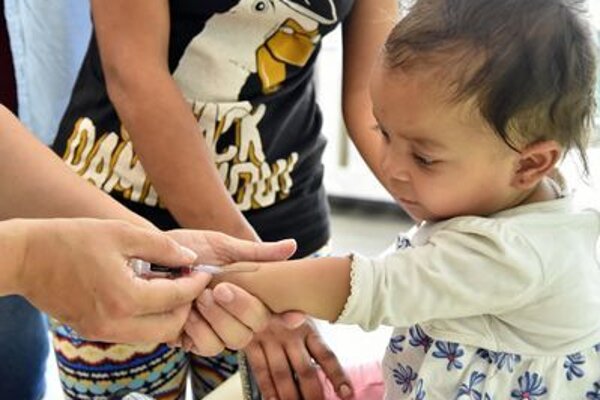 Kindergartens will be free to admit children who have not been administered compulsory vaccination.

MPs voted out the proposal drafted by Health Minister Andrea Kalavská (Smer nominee), aimed at preventing children who had not been vaccinated from attending preschool. Currently, no such restrictions apply in Slovakia.

Most Smer MPs abstained from the vote and failed to support their minister, as did part of the junior coalition Slovak National Party (SNS) and Most-Híd. The whole Ordinary People (OĽaNO) caucus and some unaffiliated MPs also failed to support the bill. The far-right People's Party - Our Slovakia (ĽSNS) rejected it too. Their programme is strictly against compulsory vaccination.

"Elections will take place shortly. This is a topic that provokes a lot of emotions. [...] If we had broached this topic two or three years earlier, we could have had a rational discussion [about it]," Smer MP Ľubomír Petrák said. He abstained from voting, although he says he did so by mistake and had wanted to support the draft law.

There are approximately 8,000 - 11,000 children in kindergartens for whom dangerous contagious illnesses pose a threat. These are children whose bodies did not respond to vaccines by creating a sufficient level of antibodies, or cannot be vaccinated due to other health conditions. All they are left with is reliance on their classmates being vaccinated.

Smer: It was no revenge