Corruption starts with an individual

A survey found 80 percent of Slovaks believe corruption is now a more serious problem than before. 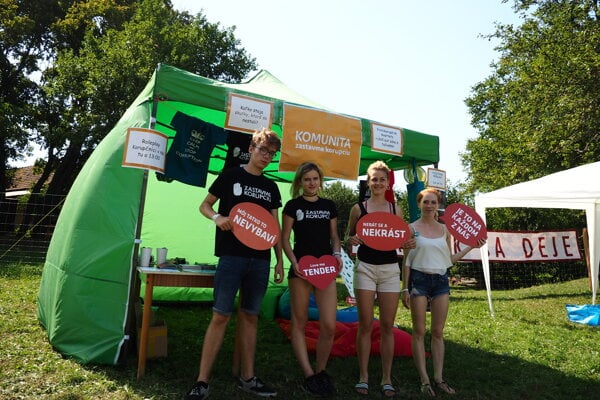 It was just a huge, empty billboard, one of many in the eastern Slovak town of Rožňava, which saw drivers come and go every day. The town spent thousands of euros on it a decade ago but has not used it until recently.

“The total cost of its construction and maintenance climbed to more than €85,500, but this billboard did not make any money [in return],” Rožňava local Scarlett Langová told The Slovak Spectator.

“If you do not steal, you steal from your family, people tell me.”

She pointed to the ineffective spending of public finances, when she was a secondary school pupil in February 2019. Before she brought up the case, Langová, now a university student, had been a member of the Let’s Stop Corruption
Community for two years.

The community, bringing together young anti-corruption activists, is part of the Let’s Stop Corruption Foundation established in 2014.

“We have coordinators in eight towns across Slovakia to organise events jointly with people ‘of the same blood group’,” Martin Suchý, one of the community’s managers, said. Langová is part of a small Rožňava-based cluster that raises awareness of corruption and local politics among citizens.

A survey conducted in October 2019 for the foundation found that only 7 percent of the 1,021 surveyed stood up against an unethical practice in the past two years.

Corruption is the abuse of entrusted power for private gain and can range from petty to grand, depending on where it occurs and how much money is lost, ethics watchdog Transparency International explains on its website.

The fight against corruption in Slovakia began to evolve rapidly after the political corruption file Gorilla leaked in late 2011 and became critically important after the 2018 murder of investigative journalist Ján Kuciak and his fiancée Martina Kušnírová, and other events that followed. 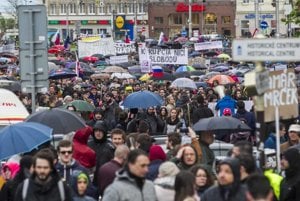 The acceptance of petty corruption has also risen, by 5 percentage points compared to 2018, the survey found. People come across corruption most commonly at the doctor’s office (77 percent), institutions (50 percent) and courts (39 percent).

It also found that 86 percent of people above 60 think corruption is as serious or even a more serious problem for their children than it was for them. A total of 80 percent of Slovaks, ages 18 to 59, agreed with the senior population in this regard.

Everyone is a corruption fighter

Martina Výhonská, a native from the eastern Slovak town of Snina, joined the Let’s Stop Corruption Community two and a half years ago, in June 2017, as a political science student from the Czech Republic, where she resides.

“We must not forget regions and municipalities suffer from corruption and that it is essential to get young people involved in the fight against it,” she told The Slovak Spectator.

The community’s local units, in existence since late 2018, have also been set up in Trenčín, Žilina, and Prešov. It is the local groups that organise discussions with whistleblowers and journalists, anti-corruption workshops and happenings, and control local politicians.

Partaking in bigger community campaigns, Výhonská remains consistent in her view that less corruption would make things work better and reduce support for the far-right in Slovakia.

“Those of us who acknowledge the importance and the need of a functioning political system and rule of law without corruption is a fighter,” Langová said. Corruption is the cancer of today’s society, which also concerns Slovakia, she added.

In 2018, when local elections were held in Slovakia, the community and its branches launched the Electoral Patrols campaign calling on people to attend and check on the vote counting process after polling stations closed. The campaign reached more than 150,000 people online.

Those of us who acknowledge the importance and the need of a functioning political system and rule of law without corruption is a fighter.

“Before the European Parliament elections [in 2019], we raised awareness about the functioning of the EP and its competences,” Suchý claimed. Just like Výhonská, he joined the movement simply because he wanted to volunteer somewhere. After a few months, they both got involved in the community campaign that explained competences of self-governing regions (VÚC) ahead of the 2017 regional elections.

The community as a whole also helps organise the anti-corruption festival Pucung in Košice and trains young people to educate their peers on corruption and how to fight it in schools.

The billboard as an example

Langová believes the state should set a good example and teach society transparency, justice, and the rules of democracy.

“If you do not steal, you steal from your family, people tell me,” Langovád explained how corruption starts and spreads without limits. The state is, however, failing to teach us, showing us instead that there are links between the state, racketeers, and oligarchs, she added.

The community of 50 people is trying to stop corruption by extending its networks around the country via recruitment events twice a year, followed by a three-day introductory training.

Indifference and lack of interest in public affairs among the younger generation, Langová said, is a big problem. However, she believes that if young people unite, they can achieve great things for Slovakia no matter how small the steps they take are.

So, what happened with the costly but unused billboard?

“It is generating money now – a local firm pays for its promotion on it,” Langová said. 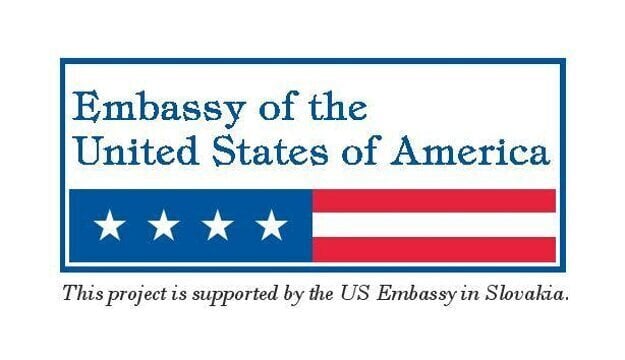