Groups want more support but say changes for better may be on the way. 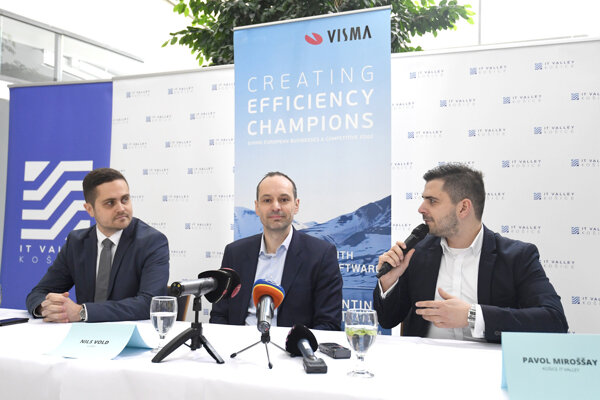 The announcement of the arrival of Visma to Košice. (Source: TASR)
Font size:A-|A+7

In 2007, there were less than 1,000 people working in the IT industry in Košice, Slovakia’s second largest city, and many young people were leaving it to head either to the west of the country or abroad for work.

Today, there are more than 15,000 people employed in the sector, which plays a key role in the development of the wider Košice Region, thanks largely to the Košice IT Valley cluster – a joint initiative between local IT companies, schools, and municipal and regional authorities.

Košice IT Valley, which recently lured Norwegian IT company Visma to the region to open a new business service centre in the city, which will create nearly 200 new jobs, is just one of several successful clusters active in Slovakia.

A cluster is a group of independent companies and institutions concentrated in regions which specialise in a certain field. They usually involve companies, schools, research institutions, municipal or regional authorities, and non-governmental organisations linked by technology and knowledge.