Slovakia is not just a car assembly hall anymore

But the country still needs more investments into research and development. 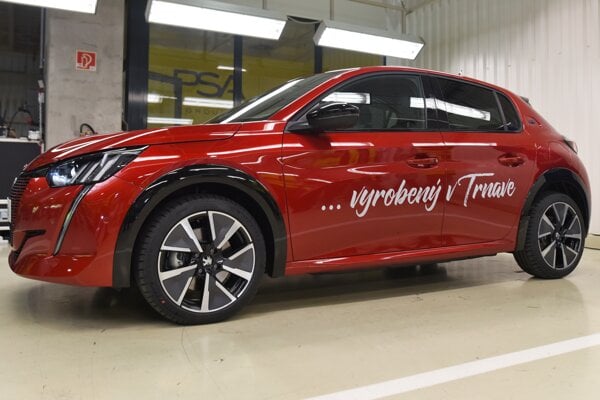 To remain the main pillar of the Slovak economy, the automotive industry needs to jump on the new wave of electromobility and draw more investments into research and development. That is the only way to advance from merely assembling cars to a more sophisticated industry a modern country can take pride in. In this respect, the latest project of Porsche, intending to build an R&D centre in Slovakia, signals that local companies are prepared to answer the challenge.

In October 2019, the government approved an incentive of €2 million for Porsche Werkzeugbau, a subsidiary of the German carmaker Porsche in the town of Dubnica nad Váhom. The company that is part of the Volkswagen group will build a new technology centre, focusing on the automatisation and robotisation of car production, in Horná Streda, a village near the western-Slovak spa town of Piešťany. With a plan to invest nearly €14 million, it should employ about 30 people by 2023.

In the new centre, the company will develop and verify the manufacturability of components and prepare prototypes of production equipment for the car industry. Porsche will also test prototypes of automated lines for joining, gluing, riveting and screwing sub-assemblies as well as entire assemblies of components.

“In terms of the long-term prosperity of the Slovak economy, it makes the most sense to support investments focusing on R&D,” said Economy Minister Peter Žiga.

Such an investment generates a much higher added value than car assembly, and indicates that Slovakia will become more than just an assembly hall, said Martin Jesný, industrial analyst at Revue Priemyslu magazine. This sends out the signal for other companies to present similar projects.

“It is proof that the Považie region has managed to transform into a modern manufacturing industry with people able to work with the latest modern machines and technologies,” said Jesný.

Moreover, the new investment shows that the Volkswagen concern has maintained its trust in Slovakia, even though it moved its tool factory, along with the 3D printer from the western-Slovak town of Stupava, to Germany in early 2019.

line in the near future with the price tag estimated at €100 million. Its construction is expected to begin in the first half of 2020, with the first batteries ready for distribution towards the end of 2021. This initiative comes as the result of a strategic alliance between InoBat and its US-based technological partner Wildcat Discovery Technologies, later joined by Matador, the premium Slovak

supplier of the automotive industry. It aims to become a global leader in automotive battery development and production, with a plan to upscale to a 10 GWh mass production facility in the long term.

This cooperation of companies with research institutions envisages the unique combination of an R&D centre and a production line that allows for the continuous development of proprietary batteries in close cooperation with electric vehicle manufacturers.

Jesný sees this project as one that should be welcomed in Slovakia, especially stressing the requirement of InoBat to have related R&D in Slovakia.

“This is exactly the kind of project that draws investments into Slovakia and makes usage of the knowledge and expertise of existing companies,” said Jesný.

To draw more such investments, Slovakia needs to have an investment-supporting business environment. This includes adequate income, corporate and payroll taxes, little red tape as well as a good education system. However, Slovakia has taken the opposite approach, the government increased surcharges for work during nights, holidays and weekends, introduced compulsory holiday vouchers, and increased the minimum monthly wage by €60, to €580 for 2020. Moreover, as of 2021, the pattern for calculating the minimum wage will change to equal at least 60 percent of the average gross wage.

“Slovakia has just complicated its position in terms of its business environment, since the latest [legislative] changes have significantly increased the wage costs of companies,” said Jesný, adding that carmakers citing investments in the billions of euros have indicated that they would expect a little better treatment from the side of the state.

As of 2018, Slovakia is home to four carmakers: the oldest one, Volkswagen Slovakia in Bratislava,

Kia Motors Slovakia in Teplička nad Váhom near Žilina, Groupe PSA Slovakia in Trnava and the most recent arrival Jaguar Land Rover in Nitra. In 2018, more than 1,090,000 vehicles rolled off their production lines. Slovakia has remained at the top of the world ranking in the number of cars produced per 1,000 inhabitants in the past few years. In 2018, it maintained first place with 198 vehicles, eight more than the previous year.

Sector watchers estimate that car production will also exceed one million in 2019 when the brand new Jaguar Land Rover plant in Nitra, which launched production in late 2018, is expected to contribute to the final number. On the other hand, lower car sales in China, the US and Great Britain due to Brexit, and the tariff wars are pushing global car production down.

“Even though the world car market reports a decline, the carmakers in Slovakia are faring above the global market’s level for now,” said Jesný. “This is because all of them have introduced new models.”

The first model produced at the JLR factory is the Land Rover Discovery. The production of a new version of its iconic Defender, to be exclusively manufactured in Nitra, will be launched by the end of 2019. The cars will be up for sale as of spring 2020. The new Defenders will include four-cylinder and six-cylinder petrol engines, as well as four-cylinder diesel engines.

“The new Defender will be available in 128 global markets and meet or exceed the toughest emissions and safety requirements in the world,” said JLR chief commercial officer Felix Bräutigam.

Volkswagen Slovakia has added the third generation of Volkswagen Touareg, the brand new model Audi Q8 and Porsche Cayenne Coupé to its portfolio of models produced in Bratislava.

The only Korean Kia Motors plant in Europe, Kia Motors Slovakia near Žilina, launched the production of its new crossover in summer 2019, the Kia XCeed. It is the fourth version of the Ceed family successfully presented so far through the hatchback, sportswagon and shooting brake (ProCeed) versions.

“We are professionally and technologically prepared for the launch of new products regardless of the kind of powertrain,” Lucia Kovarovič Makayová, spokesperson of Volkswagen Slovakia, told The Slovak Spectator, refusing to specify when its parent company would make the decision.

Groupe PSA Slovakia produced its first electric car on March 27, 2019, which it produces on the same line as petrol and diesel Peugeot 208s. The model Peugeot e-208 built on the CMP platform boasts a range of 340 km. Groupe PSA will produce the electric Peugeot 208 exclusively in Trnava, which is where e-car batteries are completed in Slovakia.

In terms of the JLR plant, the Plug-in Hybrid electric cars will complement the Nitra-based production of the Defenders. JLR has promised to produce all of its new models in electric versions as of 2020. Jesný welcomes that carmakers in Slovakia have started producing electric or hybrid versions of their models.

“A big question mark hovers above the suppliers, though, who have not joined production linked with electromobility to any significant extent yet,” he said.

Jesný expects that in a few years, 30 to 40 percent of all sold cars should have some form of electric propulsion, prompting the networks of suppliers to experience a significant transformation.

“They have to upgrade their production to a new level, while this process is already a source of innovations and an increase in the sophistication of production,” said Jesný, adding that this may attract carmakers to expand the production of e-cars in Slovakia. “But if they are not fast enough to respond to this call, they might miss the train and carmakers might switch for suppliers from other countries.”