The first route of Tatra electric railway opened 111 years ago 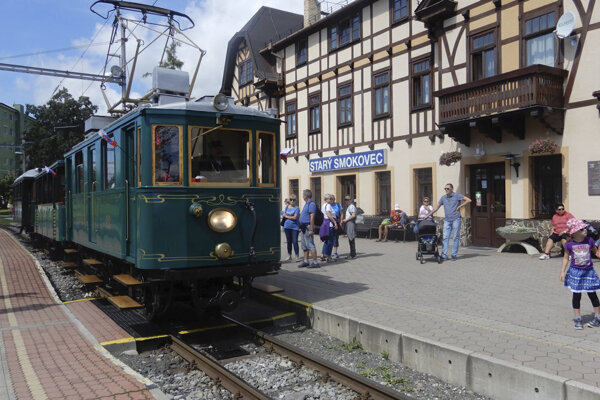 The first route of the Tatra electric railway (TEŽ) from Poprad to Starý Smokovec opened 111 years ago, on December 17, 1908.

The High Tatras became more accessible, which created conditions for the development of tourism and hiking in the following years. Villages under Tatra peaks became a sought-after touristic area.

Railway transport was developed in the Hungarian Kingdom in the 19th century when the railways started to be built in the Slovak territory. In that time a part from Poprad to Kežmarok, from Studený Potok to Tatranská Lomnica and from Štrba to Štrbské Pleso were built.

The interest of visitors sparked the vast construction in this area. The visitors were transferred in barouches and sledges. The beginning of the 20th century brought a novelty to mountains – the electric omnibus.