Christmas shopping more affordable than in 1989

A nominal wage is 10 times higher than 30 years ago. 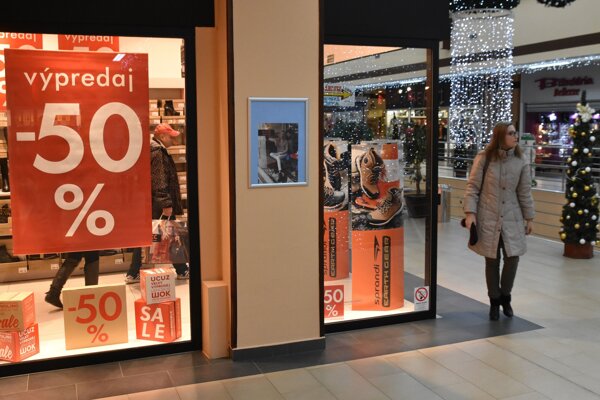 “The years of 1989 and 2019 are different in one phenomenon, which is a Christmas debt,” CETA analyst Michal Hejl said. (Source: TASR)
Font size:A-|A+0 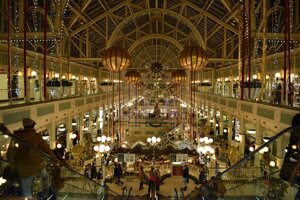 Related articleWhere and when to do grocery shopping around Christmas?Read more

The analysis by CFD World and CETA in Prague also found that the nominal wage is 10 times higher than 30 years ago, as reported by the SITA newswire. Not only wages but also prices, except for electronics prices, rose significantly since 1989.

“If we compare the Czech Republic and Slovakia, Czechs continue to be slightly more prosperous, but the gap between the two countries is diminishing,” CFD World analyst Martin Krištoff said, as quoted by SITA.

No change in price of milk since 1989

For example, clothing is eight times more expensive and a Christmas tree costs six times more than 30 years ago.

At the same time, nominal prices of pre-selected food products rose between three and seven times, which is less than the wage increase. On the other hand, the price of milk is “equally expensive” as it was under communism. 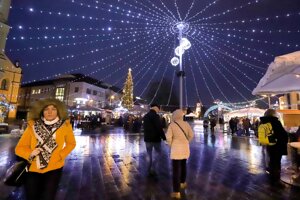 A television picked for the analysis remained more or less of the same price in the last three decades. It has become more affordable overtime, however.

Besides, the possibilities Slovaks now have at their disposal when it comes to products are so big that it has led to one negative outcome.

“The years of 1989 and 2019 are different in one phenomenon, which is Christmas debt,” CETA analyst Michal Hejl told SITA.

He added Slovaks did not have the opportunity to get a consumer loan from banks for whatever they needed or wanted before the Velvet Revolution, as none was offered back then.

“Today, the pace at which Slovaks become indebted around Christmas is becoming a problem across society, which has a fatal impact on some households,” Hejl concluded.