The frequency of buses will decrease and the fare will go up. 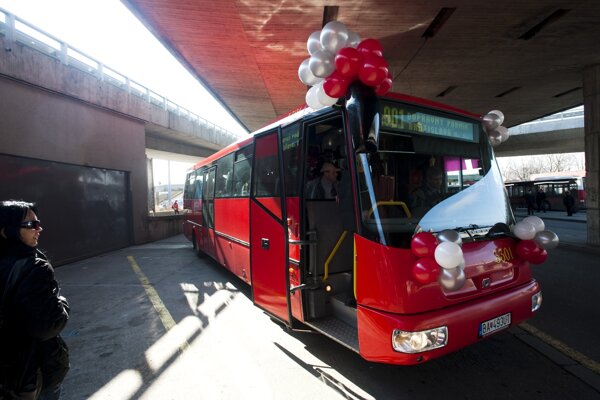 The route between Bratislava and the Austrian town of Hainburg will change operators as of December 28. The Dopravný Podnik Bratislava (DPB) public transport company has decided to cease operation of the route as of December 28 and it will be taken over by the regional bus company Slovak Lines. This change will reduce the frequency of buses and the fare will go up. 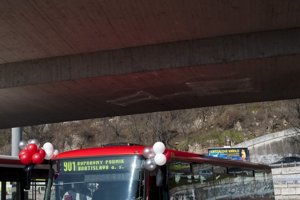 The Bratislava municipal company DPB and Bratislava city council decided to terminate the operation of route 901 between Bratislava and Hainburg due to lack of interest from involved parties in its financing. The operation of the line, extended to Hainburg in 2009, was not economical and as it was a regional line, DBP does not receive subsidies for it.

It was Bratislava city council that asked Slovak Lines to take over the route.

“We perceive this bus route as a natural supplement to our bus connections between Slovakia and Austria,” said Pavol Labant, general director of Slovak Lines, as cited by the SITA newswire.

Slovak Lines will dispatch 11 buses from each direction each working day. Passengers on this route will be able to enjoy all the benefits Slovak Lines offers its customers, including free wi-fi and there are plans to facilitate payment by bank card directly on the bus.

As well as the Mlynské Nivy station, the buses will stop below the Most SNP bridge and on Einsteinova Street. On the Austrian side, there will be two stops in Wolfsthal and five in Hainburg. The first bus will start from Bratislav at 5:00 while the first bus from Hainburg will start at 5:35. The last bus from Bratislava will be dispatched shortly after 20:00 and from Hainburg shortly before 21:00.

“We will analyse operation of the route and its utilisation in detail,” said Labant. “Within a short time, we can adjust the timetable to satisfy as many passengers as possible.”

The journey is 23 km long and it will take 32 minutes to transport passengers from Bratislava to Hainburg. The regional bus company will operate the route as a commercial one without any subsidies. A one-way ticket will cost €2.20, up from the current €1.50. Slovak Lines promises to introduce a discounted travel pass for regular passengers.