What Slovaks can learn from Icelanders 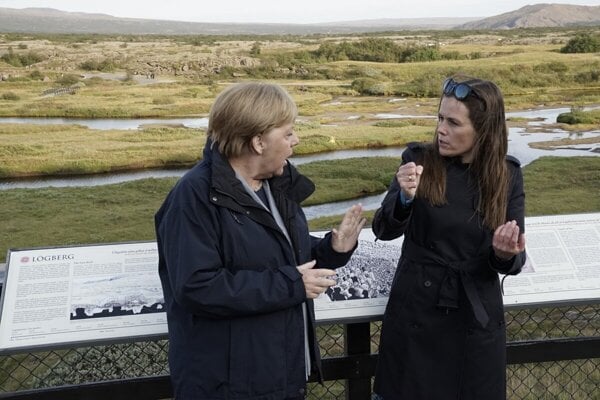 Rick Zedník was a co-founder of The Slovak Spectator. He later worked as CEO of EurActiv.com, the independent EU policy news network. He is a Slovak-American dual citizen who lives in Brussels, Belgium, where he is managing director of Women Political Leaders, the global network of female politicians.

Consider two babies - one girl, one boy - born today in Slovakia. We want to believe their chances to grow into leadership positions are equal. We know this hasn't been the case for any generation so far. But surely, a girl born on the eve of the third decade of the 21st century will live to see the day when her opportunities to be in Parliament are the same as those of a boy born at the same time, right?

Political parity between women and men will not be attained globally for another 94.5 years, according to the Global Gender Gap Report 2020 by the World Economic Forum.

For our Slovak babies, the moment may arrive sooner as Slovakia, ranked 58th of the 153 countries measured, is above average in women's political empowerment. But this result is skewed upward by the fact that Slovakia is one of only a dozen countries to have had a woman president and one as prime minister. Unfortunately, the political offices attained by Zuzana Čaputová and Iveta Radičová can be seen as exceptions that prove the rule. With women occupying only 30 of 150 seats (20 percent) in parliament, Slovakia ranks a lowly 92nd, behind 60 percent of countries.

While nowhere on earth has yet reached the utopian goal of parity, one country has been the undisputed champion on gender equality, topping the WEF rankings for 11 consecutive years.

Iceland has closed 88 percent of the total gender gap, including 70 percent of the political gap, according to WEF. Its political empowerment score is 10 percentage points higher than that of second-ranked Norway. This suggests Icelandic PM Katrín Jakobsdóttir should be taken seriously when she says, “It is my dream that Iceland will be the first country to achieve gender equality," as she proclaimed at the Reykjavik Global Forum of women leaders in November.

What is Iceland doing that Slovakia and the rest of the world can learn from? From my visits there, here are five lessons: