Listen back to the 10 most listened to Spectacular Slovakia episodes. 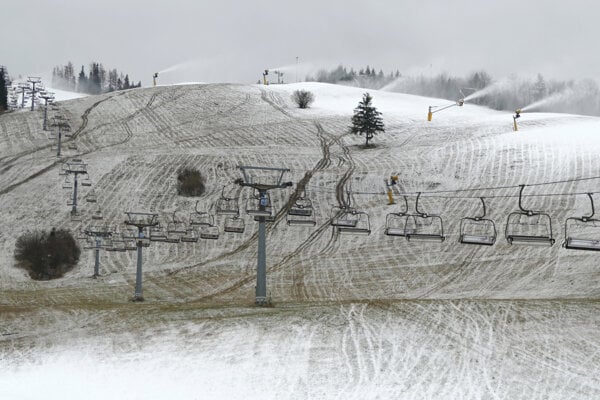 Artificial snow is being made at the ski resort Vrátna Malá Fatra-Paseky, central Slovakia, on December 2, 2019. (Source: TASR)
Font size:A-|A+31

The Spectacular Slovakia podcast, focusing on Slovak culture and travel tips around Slovakia, was listened to more than 57,000 times in 2019.

People turned on the podcast, which launched in September 2018 as a weekly podcast, most often in May, when it recorded 6,043 plays. Besides, the listenership did not fall below 5,000 plays a month for half a year.

With more than 3,000 plays, How to date a Slovak man was the most listened to episode of 2019. It was published in late April, and this episode became the most downloaded piece in the past year.

Listen to the first half of the top 10 Spectacular Slovakia episodes:

Most listeners, with a total of 34,036 plays, tuned in to the podcast from Slovakia, followed by 8,856 plays from the USA and 2,306 plays from Great Britain.

It was not just Europe and America where Spectacular Slovakia was listened to. Listeners tuned in to a number of episodes in Australia, New Zealand, South Korea, as well as South Africa to name a few.

As far as cities go, most plays came from Slovak towns. But Prague, Vienna, Stockholm, Asheville in the US state of North Carolina and Houston in Texas appeared in the top 20 cities where Spectacular Slovakia was on.

In 2019, a total of 50 Spectacular Slovakia episodes were recorded on different subjects, including travel tips, hiking, culture and arts.

Listen to the second half of top 10 Spectacular Slovakia episodes:

Episodes on the Gemer Region, the comparison between Prague and Bratislava, the town of Modra, rail travel in Slovakia, and the Slovak National Uprising were also popular in 2019.

Read more articles by the topic
This article is also related to other trending topics: Bratislava, Spectacular Slovakia (travel podcast)