Hauliers to go on strike over toll system

A strike is planned for January 7 in Bratislava. 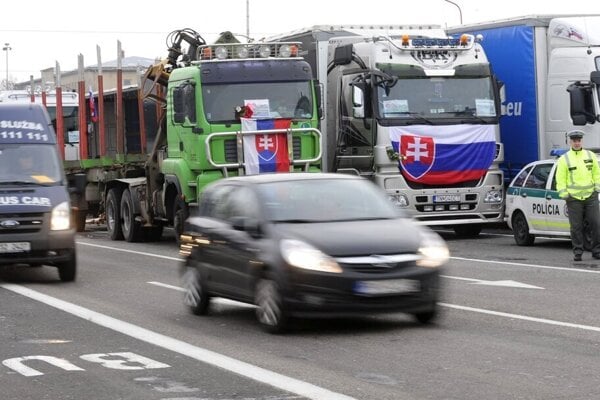 The Slovak Union of Motor Carriers (UNAS) will go on strike on January 7, 2019, in Bratislava and the Orava Region (Source: TASR)
Font size:A-|A+25

The Union of Slovakia's Road Hauliers (UNAS) will return to the streets of Bratislava and the Orava Region in protest in early January.

“It will be a warning strike and a reminder from 2010, when we wanted to demonstrate that a toll system tender was not transparent,” Stanislava Skala of the UNAS told the SITA newswire at the end of December 2019. 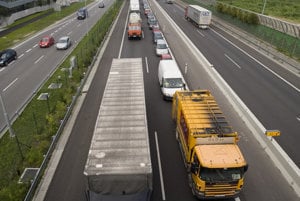 It has not been first confirmed where exactly the January 7 strike will take place in Bratislava. Yet, Skala admitted it may be on Rožňavská Street just like ten years ago.

“The whole event is said to be running in cooperation with the police,” the Bratislava Transport Company (DPB) said on Facebook on January 2. “Significant complications are expected only in the case of Rožňavská Street.”

Skala added if the Union is not invited to a round table to discuss their demands, they will announce a nationwide strike. The UNAS claimed it has 360 members.

What is UNAS asking for?