The reason is mainly the lack of snow. 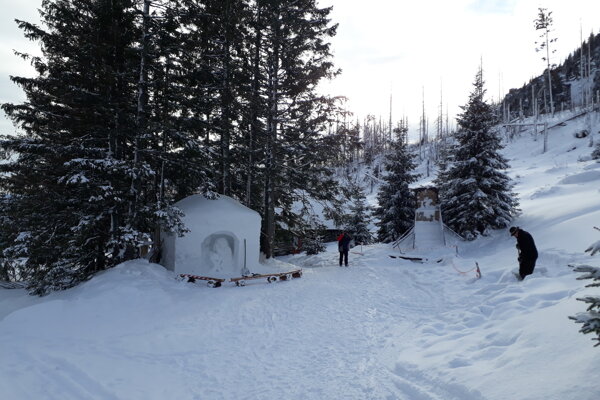 The Nativity scene made from snow near Rainer’s chalet in the High Tatras is a bit smaller this year. Chalet manager Peter Petras stated the lack of snow during winter as the reason.

“There was a lack of snow in the beginning so we went for smaller measurements,” Petras said, as quoted by the TASR.

Usually, the chalet measures 4.5 metres by 5 metres and a height of 3.5 metres. This year, it is 4 metres by 3 metres. The inner composition remains the same – holy family, baby Jesus, Saint Joseph and the Virgin Mary. 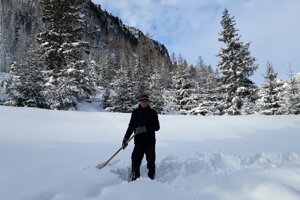 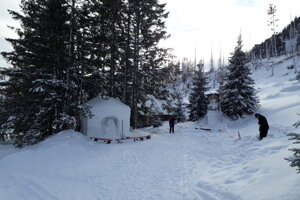 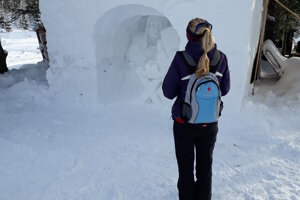 The shuttering for the Nativity Scene was prepared in advance, but, there was a strong wind that broke the foundations of the construction and that is why they have to start over.

After Christmas, when the snow started to fall they were collecting it from the surroundings of the chalet. However, it was dry snow, not quality enough to build a Nativity Scene.

The Nativity Scene stands nearby the chalet every year, to commemorate Epiphany. If there is enough snow, there should be another statue – an over-sized figure of a mountain load bearer also made from snow.

Later, the chalet manager plans to build an Easter Egg, if there will be enough snow and cold weather.