They were part of Furča's panorama for three years. 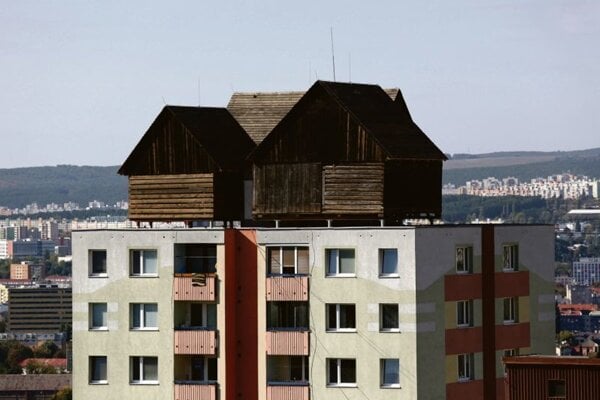 Maybe you remember the three wooden huts sitting on the top of a block of flats in Furča. These were installed there during 2013 when Košice became the European Capital of Culture. These wooden huts are more than 100 years old and were taken from Párnica and Liptovská Teplička. The installation by Tomáš Džadoň was entitled Monument to Folk Architecture, the regional Košice Korzár reported.

Some people liked the contrast of the block of flats and the wooden huts, others criticised it. After two years, the majority of citizens in Lidické square 1 decided not to prolong their rental and the wooden huts were dismantled in May 2016. 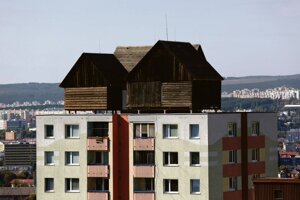 The author was against the idea of the Košice municipality who wanted to put the huts on the top of Košice town hall. He wanted to find another block of flats.

However, the three wooden huts did not disappear, they returned to the countryside. Currently, they are located in southern Slovakia in the village of Prievran near Poltár.

“The huts were taken by their new owner for his help with their dismantling and were built again in Prievran, where there is another beautiful old hut. These buildings create a yard for farmers. Lots of the wood was been changed to ensure the constructions are healthy,” said Ladislav Šaloun, who published the current images, as quoted by Košice Korzár

The new owner does not want to have his name published. Košice’s famous wooden huts have also been spotted by the American media. Huffington Post wrote about the unique installation that caused confusion among the locals but later became a significant touristic attraction.