UPDATED: Hauliers on strike. They met with the finance minister

The strike has been felt in Bratislava, Košice, and Orava Region. It will also affect Ružomberok on Thursday. 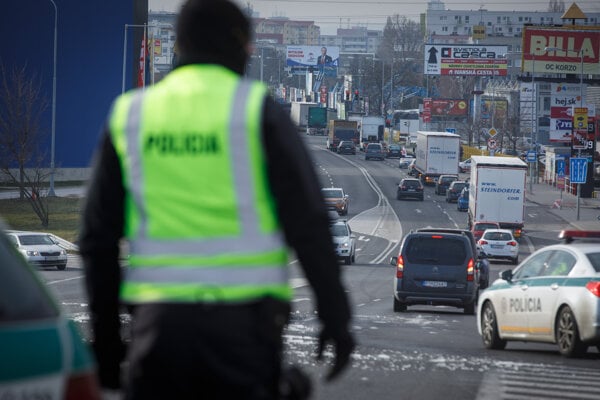 The Union of Slovakia's Road Hauliers (UNAS) has gone on occupying the streets of Bratislava and Orava Region in protest since January 7.

The strike has recently impacted a road between Košice and the Hungarian border as well. Hauliers announced the strike will affect the city of Ružomberok on January 9 from 10:00 onwards. A crucial junction will be blocked. 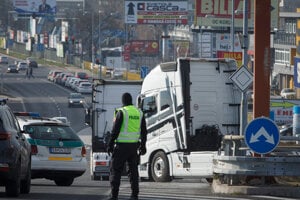 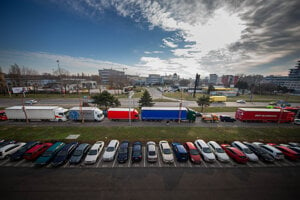 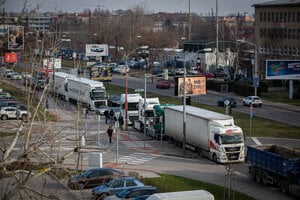 The hauliers told the journalists on January 7, when the strike began, that they sent a letter to PM Peter Pellegrini and invited him to negotiate with them. If he does not get back to them, they "will have to block the whole of Slovakia", one of them told Denník N. 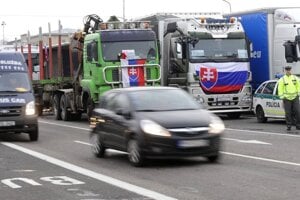 Hauliers listed their two main demands: a decrease of the road tax by 50 percent and the suspension of the toll system until a new company is chosen to administer it.

“We consider the strike as the last resort, because we can no longer operate in the drastically deteriorating business environment of hauliers,” said Stanislav Skala of UNAS before the protest, as quoted by the SITA newswire. “We have the worst life in Europe! We expect constructive solutions to our demands from state representatives, namely a 50 percent cut in road tax and the suspension of toll collection until a new toll administrator is selected.”