Bratislava is getting a new downtown area. 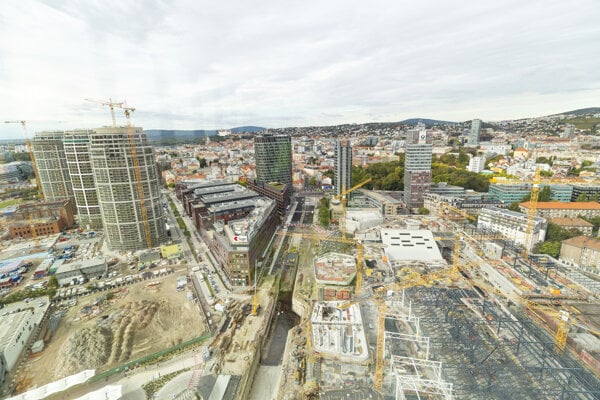 The area of Nivy has changed into a big construction site. (Source: TASR)
Font size:A-|A+4

The changing skyline of Bratislava reflects the sound economic growth that Slovakia has been experiencing in recent years. A brand new downtown area has been rising in the former industrial zone on the edge of the old town, while new real estate projects, including Slovakia’s first skyscraper, a Silicon-Valley-style IT campus and a brand new city district, just to mention a few, are in the pipeline.

Slovakia reported the entry of Korean capital for the first time in 2019. As for sector specifics, logistics is an area highly sought after, but with low availability in this area, so there are few ongoing transactions. The retail segment is experiencing a similar situation. The office sector is dominant in the number of ongoing deals, which are at a different stage of the transaction process as a result of the abundance of newly built stock with attractive WAULTs (weighted average unexpired lease term), based on Cushman & Wakefield’s Slovakia data.

“2019 year-end volumes will depend on the number of ongoing deals to be closed,” said Marian Fridrich, partner and deputy head of Cushman & Wakefield Slovakia. Despite the landmark office deal [acquisition made by a Korean investor] and portfolio transactions in logistics and the retail segment, the analysts expect the numbers to fall short of those of 2018 “partly due to the absence of big shopping centre transactions, which drove the volumes in previous years.”

The above-mentioned major transaction is the sale of developer HB Reavis’ 23-storey Twin City Tower, one of Bratislava’s landmarks in the new downtown, to companies backed by South Korean capital. This is, in fact, the first real estate investment with South Korean capital in Slovakia, in line with the continuing and increasing trend of inflow of Korean capital to all of central and eastern European.

The Valesco Group, a real estate investment manager from London, and AIP Asset Management, an asset manager based in Seoul, paid €120 million for the office tower.

“This prime asset, coupled with an exceptional principal tenant in Amazon in the growing core of Bratislava offers a unique and compelling investment opportunity,” said Shiraz Jiwa, CEO of The Valesco Group, as quoted in the firm’s press release.

In the last 12 months, office supply amounted to about 90,000 m2, accounting for an approximate 5-7 percent increase in the total office stock of A and B grade quality, Samuel Šporka, head of leasing at JLL, said in late October 2019.

“This means that this is one of the best periods for the completion of new offices in the last few years,” Šporka told The Slovak Spectator.

The biggest factor affecting the office sector is the past demand for offices and their lack, triggering the current projects from 2015-2016. These are now under construction or are just being completed.

“In general, demand for offices remains high, but it is no longer at the level it was in 2016,” said Šporka, adding that the factor affecting international companies is the prevailing international economic uncertainty.

Šporka expects that construction will continue at pace, although this may result in an increased vacancy rate.

The growth of e-commerce and retail keep fuelling the demand for logistics real estate.

“Due to its advantageous position in the centre of the central- European region, Slovakia is becoming an attractive destination for logistics companies operating in this region,” said Patrik Janščo, head of the industrial agency in Cushman & Wakefield Slovakia. “The Slovak logistics market is one of the quickest growing markets in the region.”

Moreover, the lack of labour force in western Slovakia has made eastern Slovakia more attractive for developers of logistics and industrial real estate.

P3 Logistics Parks, one of the biggest developers of logistics and industrial real estate in Slovakia, has decided to extend its activities to eastern Slovakia for the first time and build a modern industrial and logistics park in Nová Polhora, near Košice. 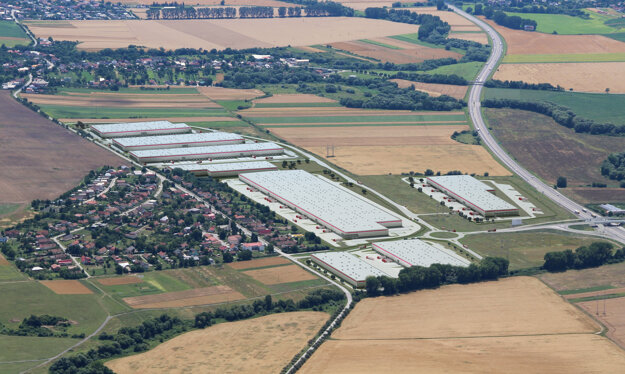 “It is a region with high potential for growth and economic development,” P3 Logistic Parks Slovakia’s head, Peter Jánoši, said in mid-October. This is due to the region’s extending road infrastructure but also due to the presence of industries, services, trade, and an available labour force of high quality, he added.

Nová Polhora could become an important node as it lies by the highway between Košice and Prešov, the two largest cities in eastern Slovakia, and close to Ukraine, whose economic growth prognoses are positive.

Earlier in 2019, the Panattoni Europe industrial developer launched the construction of a new eight-hectare industrial park near Košice airport, with a price tag of €30 million.

The developers of retail real estate continue to be optimistic, and experts do not expect any slowdown in construction in Slovakia in the near future. The occupancy of modern shopping centres is stable, exceeding 95 percent.

Branislav Golan, head of the retail agency CBRE Retail, listed among their latest interesting projects the brand new Nivy bus station combined with a shopping centre planned to be completed in late 2020. Construction work for the extension of Eurovea was launched, too. Polus, the first modern shopping centre in Bratislava, constructed in 2000 and rebranded to Vivo!, will open 25 new stores in early November 2019 and an extension of Tesco Petržalka will be completed during the second quarter of 2020. In the regions, several smaller retail schemes and retail parks were completed, while the construction of Forum Prešov was launched, too.

“We expect an increase in rentals in premium shopping centres with modern architecture and high customer comfort located at attractive places,” said Golan, adding that rentals in older shopping centres in highly saturated localities, whose standards do not correspond with the most modern shopping trends and the expectations of visitors, are either stable or even dropping.

The highest building in Slovakia will be a residential tower

The first building in Slovakia to meet the latest criteria for being called a skyscraper, i.e. higher than 150 metres, will be the 168-metre high residential tower that is part of the extension of the Eurovea development on the Danube embankment. The developer, J&T Real Estate, has already launched the sale of apartments with the price of the most expensive exceeding €6,000 per m2. This is much more than the average price of apartments that stood at €1,849 per square metre at the end of July 2019, up 7.6 percent y/y according to the statistics of the National Bank of Slovakia and the National Association of Real Estate Agencies in Slovakia.

In general, the residential market keeps reporting a lack of housing, reflected in the increasing prices of new apartments and houses, and the stable prices of the older ones. The group of people who can afford them is shrinking.

“In spite of the historically lowest interest rates to date, there is a growing group of people who cannot pay the current prices,” Daniela Danihel Rážová, director of the real estate agency Bond Reality and head of Slovakia’s Association of Real Estate Brokers, told The Slovak Spectator.