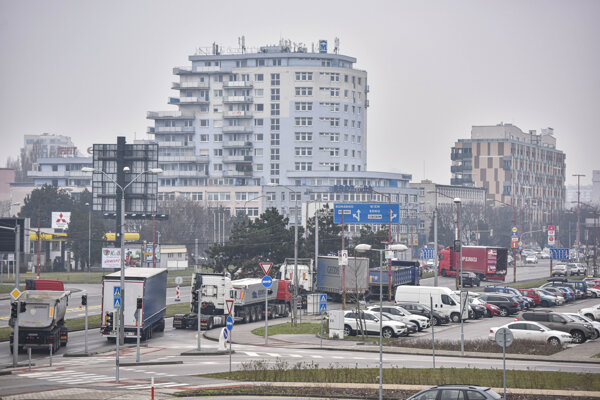 Hauliers continue to occupy the roads across Slovakia for the third day. This time, they have also moved to the border crossings.

They have two main demands: a decrease of the road tax by 50 percent and the suspension of the toll system until a new company is chosen to administer it.

The strike organised by the Union of Slovakia's Road Hauliers (UNAS) has already impacted Bratislava, the Orava region, and the vicinity of Košice.

In addition, the central Slovak town of Ružomberok was paralysed on January 9, the MY Liptov regional newspaper reported. 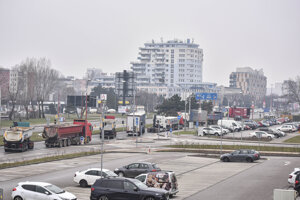 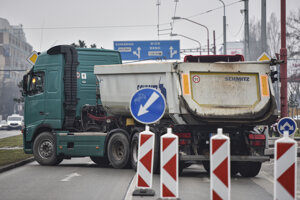 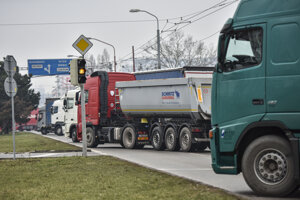 At the same time, border crossings in Komárno, near Hungary, and Chyžné, near Poland, were blocked on January 9. A border crossing in Kúty on the border with the Czech Republic will also be blocked soon, the SITA newswire wrote.

“Negotiations with transport and finance ministers have not brought about satisfying outcomes,” UNAS said in a press release issued on January 9.

The Finance Ministry has offered a 12.5 percent decrease when it comes to the motor vehicle tax for lorries.

The strike will thus continue on January 10. 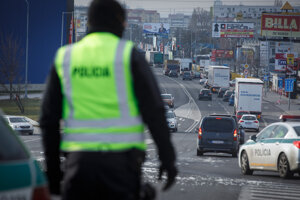 Related articleUPDATED: Hauliers on strike. They met with the finance minister Read more

“If someone wants to dispute the value of the motor vehicle tax, they should debate the issue and show their discontent before the amount is approved,” he told the Pravda daily.

He is, however, leaving talks with the hauliers to transport and finance ministers.