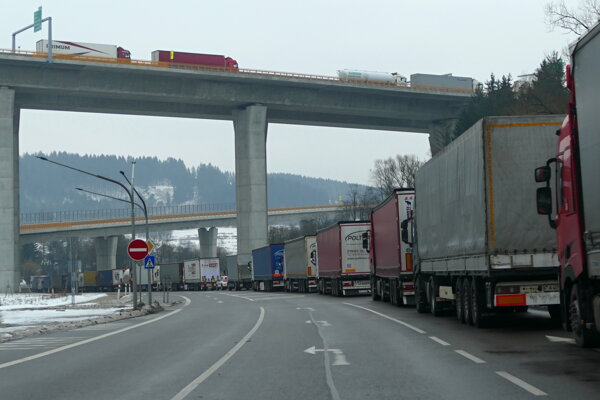 They thus heard the request of PM Peter Pellegrini (Smer), who said earlier that day he would meet with their representatives, but only after they unblock the roads.

The representatives of the Union of Slovakia’s Road Hauliers (UNAS) and the ČESMAD association are now waiting for the invitation to the negotiations.

Prior to the protests, the hauliers demanded two changes: the reduction of the road tax by 50 percent and the suspension of toll collection until a new administrator of the system is chosen.

Pellegrini, however, called the latter demand unacceptable, and ruled out any negotiations over this request with the hauliers. It is possible to discuss other demands though, like the reduction of toll rates and the cancellation of allowances drivers receive for business trips, the SITA newswire reported.

The government is ready to discuss the changes with the representatives of hauliers, including UNAS, but only if they leave the roads and border crossings, he said after the January 13 meeting with the ministers of transport, finance, economy and interior, and the police corps president.

He is ready to involve other respective ministries in the discussions. 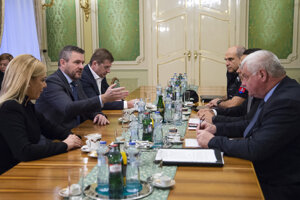 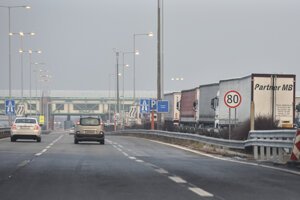 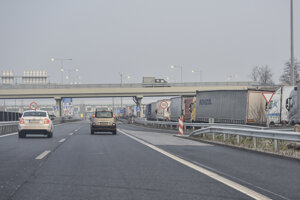 During the weekend, the ČESMAD Slovakia hauliers association met with the representatives of UNAS and other hauliers on January 11 in Banská Bystrica. The aim was to make a joint response to the legislative proposals of the Finance Ministry and their impact on road transport.