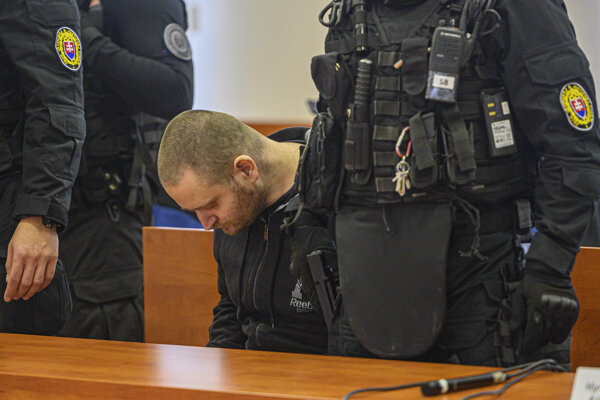 All eyes in Slovakia and beyond are on Pezinok as of this morning. The first session of the trial with the four people facing charges related to the murder of Ján Kuciak and Martina Kušnírová started there at the Specialised Criminal Court and will continue through Wednesday, followed by more sessions next week and in February.

It will soon be two years since investigative reporter Ján Kuciak was killed in his house in Veľká Mača. His fiancée Martina Kušnírová was shot dead along with him. Unlike most cases of murdered journalists in the world, the police detained and charged not just the persons whom they believe to have fired the shots, but also those who ordered the murder. The trial has started within two years since the murder occurred (see timeline of investigation).

Today in Pezinok, with about a hundred journalists (including from abroad) in attendance, the prosecutor read the indictment against the four. Miroslav Marček, whom the police believed to be the person who fired the shots, pleaded guilty. Kočner and Zsuzsová said they weren’t guilty of the murder. Szabó declined to make a statement about his guilt.