From star journalist to Kočner's friend: Who is Peter Tóth?

The man who followed journalists for Kočner is a key witness in the Kuciak murder trial. 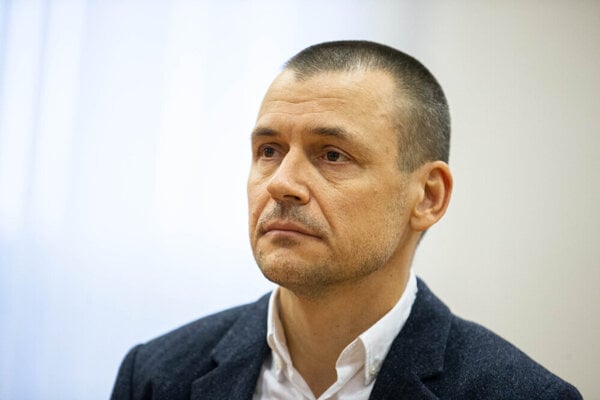 “If his story ended in 1998, today he would be a journalistic icon,” wrote Marek Vagovič, head of the investigative department of aktuality.sk, back in 2014 about Peter Tóth.

How did Peter Tóth go from a star journalist to the closest collaborator of a man who stands accused of ordering a murder of a journalist? And when and why did he turn against Marian Kočner, who called him "bro" in their messages?

Tóth started his journalistic career in his twenties in the now non-existing Slovenský Denník, then moved on to the Sme daily. The first big story he dealt with was the abduction of Michal Kováč Jr., the then-president’s son. Even though this case was never investigated to its end, hints lead to a quarrel between president Michal Kováč and then-PM Vladimír Mečiar. Mečiar wanted to discredit Kováč, so he chose to abduct his son because there was an international arrest warrant issued on his person.

At that time, Peter Tóth was 24 years old and soon became a star. He was brave enough to write texts about the secret service and the politicians in the Mečiar era, when some older, more experienced journalists did not have the courage to do so.

Roman Cuprik
News: Receive favorite authors articles by email. Try the new feature and turn on the subscription.
Roman Cuprik joined The Slovak Spectator team in March 2012 as a staff writer after contributing to the 2011 edition of Spectacular Slovakia. He graduated with a master’s degree from the journalism department of Comenius University in Bratislava. In addition to being a contributor to The Slovak Spectator he has been writing for Slovak daily SME since 2015. At SME he covers crime and corruption news. Facebook, Twitter