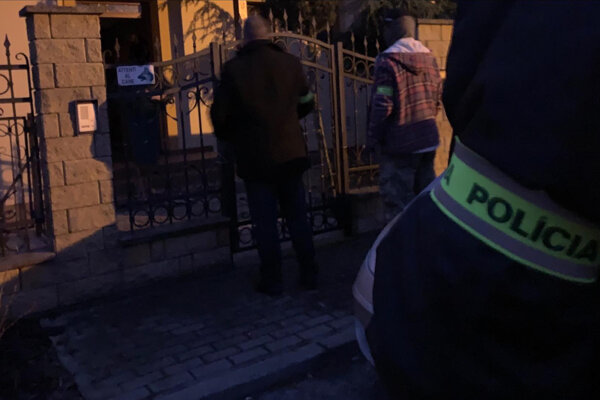 The role of prosecutor’s offices, courts and police remains to deal with those members of theirs whose credit raises doubts of the public and lowers their authority and trustworthiness.

The action of the National Criminal Agency (NAKA), during which Trnka was detained, shows that there are no protected people whom law enforcement bodies should not intervene against if there is a suspicion of breaching the law, commented PM Peter Pellegrini (Smer).

“Untying the hands of police and the new status of the police corps president were key steps towards achieving this state,” Pellegrini said, as quoted by the TASR newswire.

At the same time, he criticised the opposition for trying to make changes to the police corps president’s position political again.

“At a time where the Slovak police has the lowest trust of people compared to other European countries, we expected more action towards Dobroslav Trnka,” said Igor Matovič, chair of the Ordinary People and Independent Personalities (OĽaNO), as quoted by the SITA newswire. “The time NAKA gave him to cover his traces and agree on further steps with his corrupted friends, will pointlessly make the further steps leading to the application of justice more difficult.”

He considers it incomprehensible as to why NAKA has not carried out more house searches and has not detained Monika Jankovská, Ján Počiatek, Norbert Bödör and others, who in his opinion should have been facing justice for quite a long time.

“We said two months ago that Dobroslav Trnka should be prosecuted in custody since it was obvious he can influence the investigation,” SaS chair Richard Sulík said, as quoted by SITA.

He also asked who benefited from the time Trnka spent outside the prison and why the police acted only now.

The Liberals opine that it will be very difficult to learn the whole truth and wait for the fair process to begin. They also opine that the police should have acted more vigorously.

The Progressive Slovakia (PS) and Spolu coalition considers the detention a proper, logical and expected step that will hopefully lead to applying justice. However, more is needed to be done to restore trust in the state.

“The arrest took place weeks after the whole country saw how he discussed business with then-minister [Ján] Počiatek or how he received orders from mobster [Marian] Kočner,” the party wrote in the statement.

Besides, ex-state secretary of the Justice Ministry Monika Jankovská, Počiatek and Norbert Bödör are still free, the coalition added.

In order to restore trust in justice and institutions, it is necessary to strengthen the whole system, PS/Spolu stressed.

The published recordings suggest that Trnka has been abusing his function in favour of crimes. Thus, it is necessary to prosecute him in custody, according to the non-parliamentary Za Ľudí party.

“These suspicions have been known for several years and it’s a great mistake that Trnka could have worked as prosecutor regardless these suspicions,” the party wrote in a statement, published by the Denník N daily.

The prosecutor’s office and police now face a very difficult task: to secure that everybody helping Marian Kočner gradually dissolve justice will be punished. The former should for example re-check all cases Trnka has been working on, according to the party.

“Former general prosecutor is not a head of the mafia that controls this state,” Za Ľudí commented. “He is only one of the arms that helped cover the gangsters committing serious crimes.”

The detention is good news for the country also according to the non-parliamentary Christian Democratic Movement (KDH).

“It’s never too late to start building a country where justice works,” the party wrote in a statement, provided to SITA. “If the police finally start doing what they should, the number of such ‘big fish’ in prison will increase.”

It is the basic task of the country to secure justice. Without it, the state fails and extremism is on the rise, it added.

The detention of a former general prosecutor is the first sign that some people have lost their untouchable status, commented Zuzana Petková, head of the Let’s Stop Corruption Foundation.

“I keep my fingers crossed for the police and hope they will manage to launch the prosecution of people who could not be touched for years even though the media and investigative reporters kept uncovering their corruption scandals and abuse of power,” Petková told SITA.

The For a Decent Slovakia movement considers the detention a step towards purifying the prosecutor’s offices and restoring the trust in state institutions.

“We welcome this step since the suspicions arising from the media's information is very serious and this arrest may bring a quick and thorough investigation of not only Trnka, but everybody suspected of committing crimes alongside him,” the movement wrote on Facebook.