Skier from Belarus dies on slope

The tragedy happened at the Chopok ski resort. 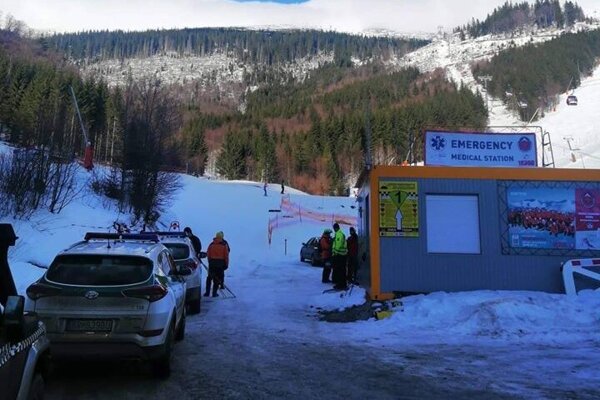 The ski season has ended tragically for a Belarussian tourist who lost his life on a slope in the Low Tatras.

Two skiers collided on the morning of January 16 at the Chopok-South ski resort. The 27-year-old skier from Belarus fell unconscious directly after.

“Despite the best efforts of all rescuers, they failed to save the skier from Belarus, and he succumbed to his extensive head injuries,” the Air Transport Europe (ATE) rescue service wrote on Facebook.

The other man, from Čierny Balog (Banská Bystrica Region) was transported to the Brezno hospital. The police are looking into the incident.

They also asked skiers not to take risks on the slopes and bear in mind that there are less experienced skiers and children skiing in the Slovak mountains, too.