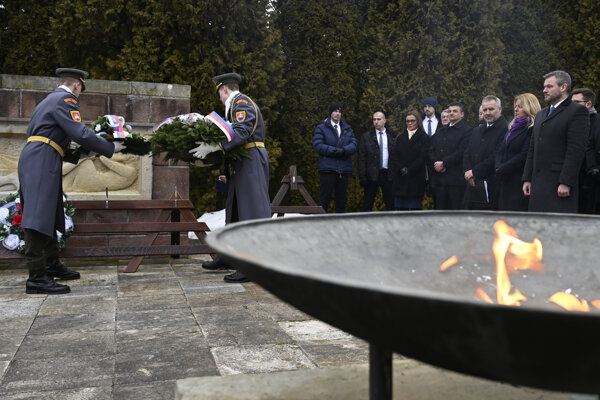 The commemorative event in the village of Kľak. (Source: TASR)
Font size:A-|A+58

Fascism fosters rage and contempt in people. It uses politics, which should manage public affairs in the public's interest, to organise hatred, said President Zuzana Čaputová on the occasion of the 75th anniversary of the burning down of the villages of Ostrý Grúň and Kľak (Banská Bystrica Region) during WWII.

The president, together with PM Peter Pellegrini (Smer), commemorated the tragedy, when the Nazi troops together with their Slovak minions killed 148 inhabitants of the two villages on January 21, 1945. It was said to be a vengeful act against those fighting in the uprising.

“Today, fascism is sponging on the feeling of social and economic injustice that impacted a number of our fellow citizens,” Čaputová said, as quoted by the TASR newswire.