Danko said he doesn’t respect the president. He shouldn’t be drinking, opposition replied

The speaker of parliament had several "moments" during the last parliamentary session. 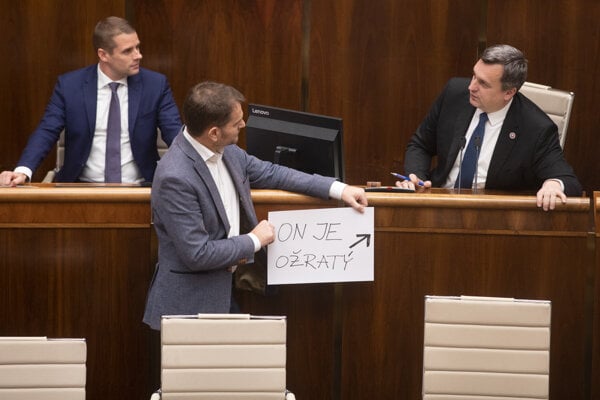 He initiated the January parliamentary session although he bid farewell already in December. In the end, he will have to explain his statements and face accusations of being drunk.

“I have no dignity (sic!) towards the president. I will respect the Presidential Palace when it is independent, apolitical and will not serve junkies like you,” Danko told non-affiliated MP Martin Poliačik, who is running on the slate of the non-parliamentary Progressive Slovakia (PS) and Spolu coalition.

Before she took the presidential post, Čaputová served as the deputy chair of PS. However, she gave up the function and left the party before being elected.

Opposition MP Ondrej Dostál from the Freedom and Solidarity (SaS) caucus submitted a motion to launch disciplinary proceeding against Danko. As he explained, Danko offended the president and the parliamentary mandate, and the immunity committee should recommend that he apologise.

Danko made more statements during the parliamentary session.