Slovaks will walk gather in squares a week before elections, on February 21. 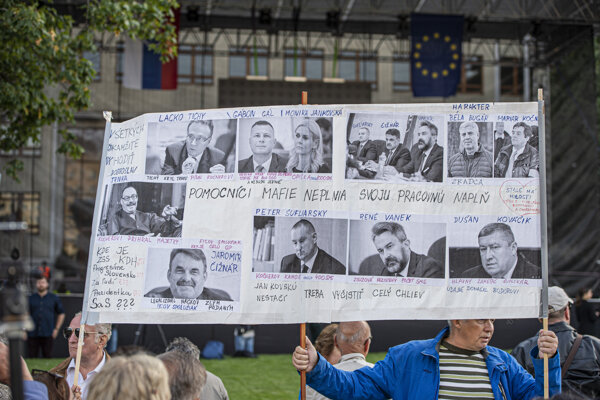 One of the For a Decent Slovakia gatherings takes place in Bratislava on September 20, 2019 (Source: TASR)
Font size:A-|A+178

Two crucial moments will be happening just a few days from one another next month. One is the second anniversary of the murder of the Ján Kuciak and Martina Kušnírová murders, and the other is the general election.

The For a Decent Slovakia initiative, which launched the first protests after the murder of the journalist and his fiancée in February 2018, has called on Slovaks to come out to the squares again on the second anniversary of their murder, on February 21.

“We’re carefully watching the investigation of their murder, as well as of the scandals Ján Kuciak wrote about,” the initiative said in its statement. “Nor have we forgotten, and we will walk out to the squares.”