Poll: Far-right down slightly, OĽaNO jumped the most 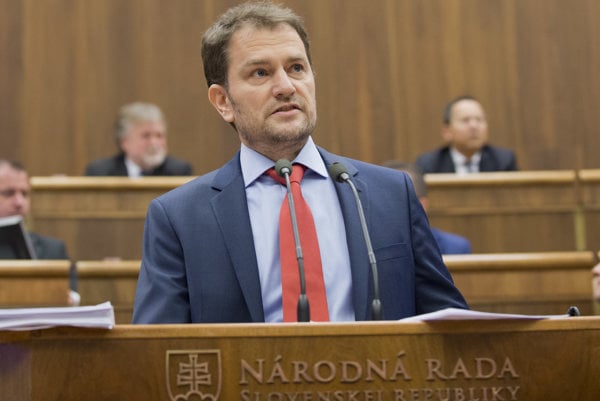 The party of Igor Matovič increased the most in the January Focus poll. (Source: TASR)
Font size:A-|A+2

While the support of the senior ruling Smer party and far-right Kotlebovci - People’s Party Our Slovakia (ĽSNS) has dropped, the opposition Ordinary People and Independent Personalities (OĽaNO) has increased the most. 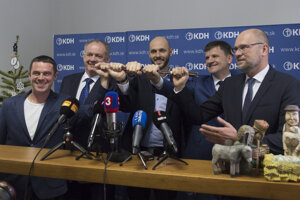 This stems from a recent poll carried out by the Focus agency for the private broadcaster TV Markíza between January 15 and 22 on 1,013 respondents.

Nine parties would pass the 5-percent threshold. Smer remains the party with the highest level of support, receiving 18 percent in the recent poll. However, its preferences dropped by 0.7 percent compared to the previous poll.

Second would be ĽSNS with 12.8 percent, down by roughly 1 percentage point, followed by Za Ľudí of ex-president Andrej Kiska with 10.8 percent and the Progressive Slovakia (PS) and Spolu coalition with 9.8 percent.

Hungarians outside the parliament

Next would be OĽaNO with 9 percent, which is also the biggest jump in the poll since its support rose by 1.3 percentage points compared to the previous poll. It would be followed by Sme Rodina with 7.6 percent, the Christian Democratic Movement (KDH) with 5.7 percent, and the Slovak National Party (SNS) with 5.2 percent. 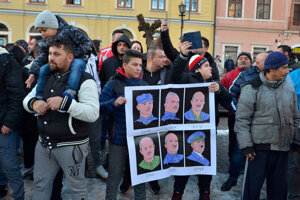 Related articleThis election will be about extremism Read more

Both Hungarian parties, Most-Híd and the Hungarian Community Togetherness (MKS) would remain outside the parliamentary door. The former would receive 4.4 percent of the vote, while the latter would gather 4 percent support.

Dobrá Voľba of ex-minister Tomáš Drucker would receive 4 percent, while Vlasť of Štefan Harabin would win only 2 percent.

Kollár with a crucial role