President: The Holocaust is a tragedy of all of us

The president went on a two-day visit to Jerusalem to mark the anniversary of the liberation of the Auschwitz-Birkenau concentration camp. 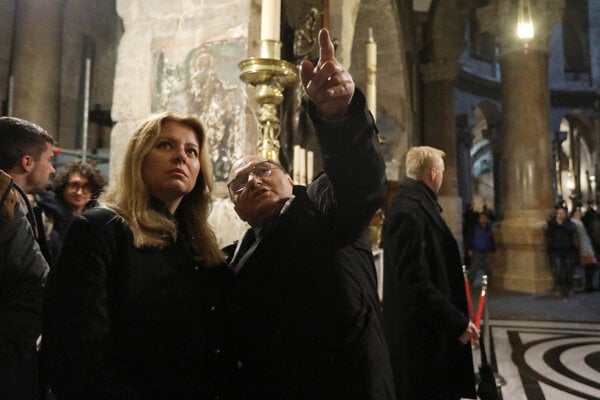 The Holocaust is not a Jewish tragedy. It is the tragedy of all of us, said President Zuzana Čaputová during her two-day visit to Jerusalem.

She visited the local Yad Vashem – The World Holocaust Remembrance Center on January 23 to remember the 75th anniversary of the liberation of the Auschwitz-Birkenau concentration camp.

Racially motivated violence always starts with a word, she said.

“This is why we need to be more careful and sensitive towards displays of hatred and discrimination,” the president added, as quoted by the TASR newswire. “History already taught us how little is needed to turn words into mass murder.”