Public transport crisis in Banská Bystrica Region is over

SAD Zvolen accepted a deal from the region’s representatives following a dispute over contract amendments. 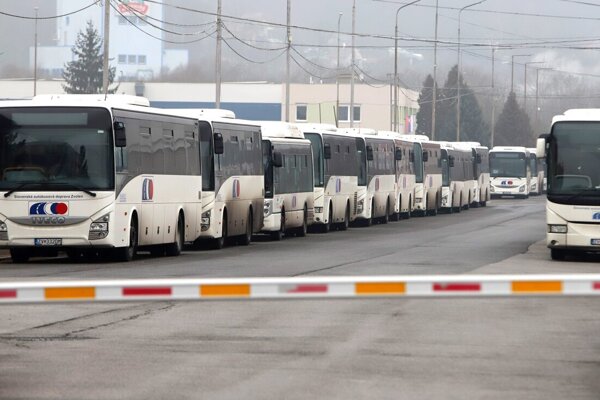 Buses operated in the Banská Bystrica Region by the SAD Zvolen company will again run without any restrictions after the company settled its conflict with the region’s representatives over contract amendments.

The crisis began on January 25, when SAD Zvolen did not dispatch any buses within the region. Several people were left waiting at the bus station, receiving no information about the cancelled buses.

Although the buses were restored on January 27, it was only a temporary solution. The situation was not resolved until January 28, when SAD Zvolen sent a letter to the representatives of Banská Bystrica Region, saying it would restore the buses until the court issues a valid ruling over the validity of the amendments to the contract signed by the former regional governor, the SITA newswire reported.

The problem dates back to the era of Marian Kotleba, chair of the far-right Kotlebovci – People’s Party Our Slovakia (ĽSNS), when he served as the regional governor (2013-2017). Shortly before the 2017 regional elections, he signed a new contract amendment with SAD Zvolen without organising a new tender. He thus approved the conditions on which the previous governors nominated by Smer agreed for another five years.

Ján Lunter, taking the post after the elections, challenged the contract extension at the court. The court approved Lunter’s complaint, although the decision is not valid yet. Lunter could not start the procurement to find a new transporter, because it would be illegal, the Denník N daily reported.

SAD Zvolen then refused to continue operating the bus service, since the court ruled the contract amendments were not valid. The company provides suburban transport to almost 70 percent of Banská Bystrica Region, the regional My Bystrica newspaper reported.