Firefighters have been fighting the flames for more than 24 hours. 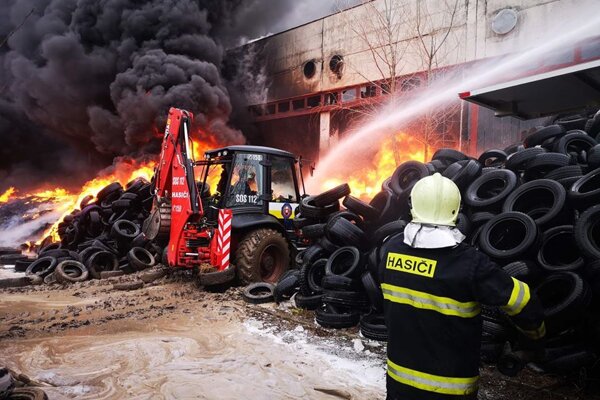 After more than 24 hours, firefighters are still fighting the blaze that engulfed a manufacturing hall in Šurany (Nitra Region).

The hall, in which tyres have been stored, burst into flames in the early morning of January 27. The premises used to be owned by the Elitex company.

“There are 50 firefighters on site at the moment,” Fire and Rescue Corps Presidium (HaZZ) wrote on Facebook on the afternoon of January 28. 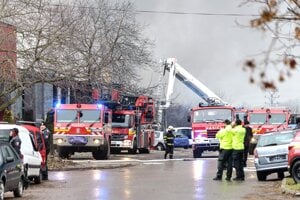 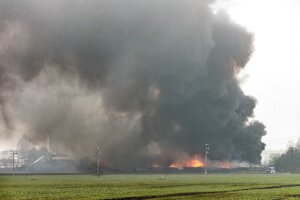 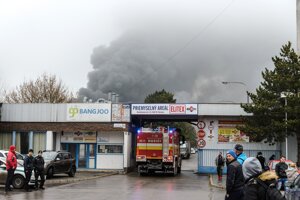 Although the blaze is now under control, professional and volunteer firefighters will continue to tackle the fire during the night of January 28. Nobody has been harmed so far, HaZZ added.

Due to the changing weather conditions and the wind, several tests have been carried out to analyse if any harmful substances leaked into the air in Šurany.

“During the last measurement we did not detect any values that are harmful to humans but the levels may be enough to cause irritation,” firefighters informed on Facebook. They have therefore called on people to stay inside.

Neither the police nor experts have been allowed to enter the site at this stage.

The police in nearby Nové Zámky have meanwhile launched an investigation into the cause of the fire, classifying the case as general endangerment.

The damages to nearby companies may be as high as €2 million, the regional police department in Nitra informed on Facebook.