Slovakia to buy its national football stadium for more

The state is to spend nearly €100 million on the purchase. 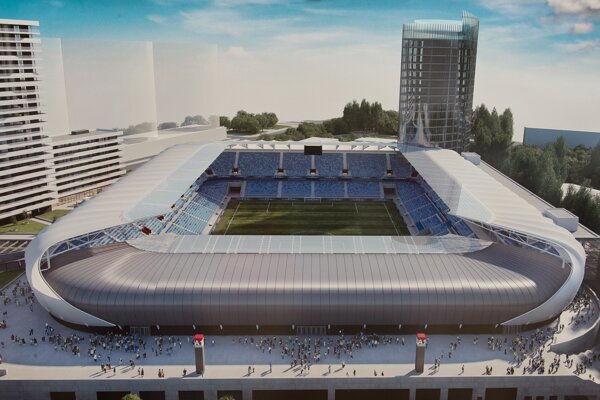 The purchase of Slovakia’s national football stadium is to get costlier after the government approved an addendum to the original contract.

Initially, Slovakia was to pay €75.2 million, but the purchase price has increased by about €25 million to €98,447 million. The current owner, National Football Stadium (NFŠ), however, said the price should be even higher, as reported by the SITA newswire. NFŠ is owned by businessman Ivan Kmotrík Sr.

“The additional costs incurred as a result of additional works related to security infrastructure of the stadium, The European Football Union (UEFA) standards, as well as the extension of construction, increase labour and materials prices,” the Education Ministry said, as quoted by the TASR newswire.