Who is the man who welcomes visitors to Bratislava's Main Square? 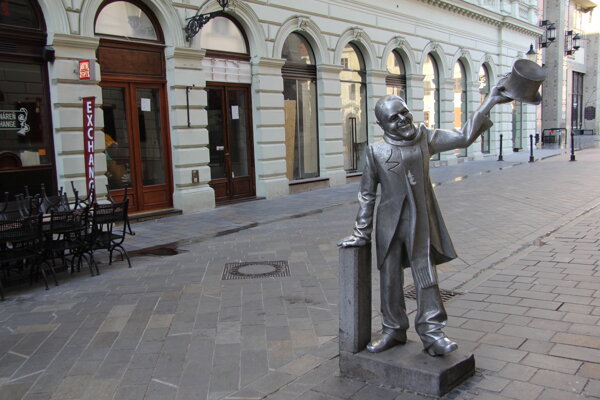 The Schöner Náci statue commemorates one of Bratislava’s unique characters: Ignác Lamár, who was born on August 12, 1897, in Petržalka and became an unforgettable figure along the city streets thanks to his outfit and exceptionally good manners.
He died in Lehnice in October 1967, where he was originally buried before his remains were moved to a memorial grave in Bratislava’s Ondrejský cemetery in 2007. The life-size statue is the work of Juraj Meliš and welcomes visitors to the Main Square in Bratislava’s Old Town. 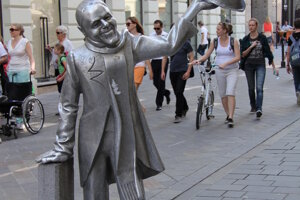 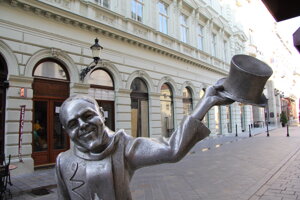 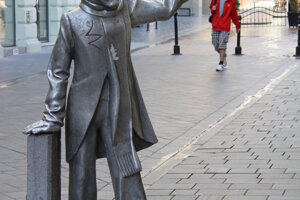