Explore the Primate's Palace, considered one of the most beautiful places in Bratislava. 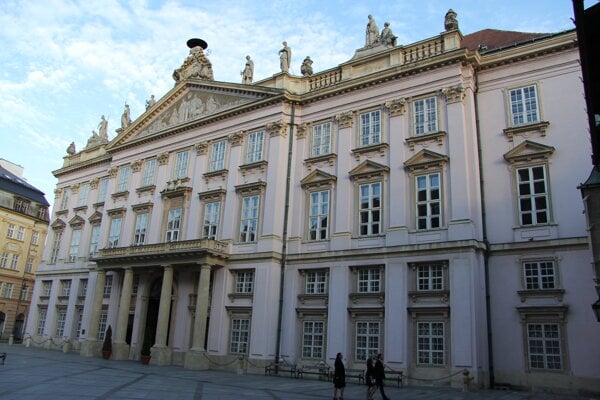 The classicist Primate’s Palace, commissioned in the late 18th century for Archbishop József Batthyányi, is considered one of the most beautiful palaces in Bratislava. The first occupant is recalled by the Batthyányi coat of arms and hat, made from iron and weighing 150kg, which can still be seen at the top of the tympanum.

The palace’s splendid Mirror Hall, which extends over two floors, has witnessed several important historical events, including the signing of the Treaty of Pressburg on December 26, 1805, which followed Napolean’s triumph in the Battle of Austerlitz. The event is commemorated by a board located near the entrance to the palace.

The city council bought the palace at the beginning of the 20th century. It currently serves as the seat of Bratislava’s mayor and a meeting place for the city council. Ordinarily, visitors can only see certain rooms of the palace, including the Mirror Hall, but they can also visit St Ladislav’s Chapel, in the western part of the palace, during masses and other special occasions.

One of the most precious collections owned by the city comprises six late Renaissance English tapestries – the “Mortlake tapestries”– from the beginning of the 17th century, which were found during the reconstruction of the palace in 1903. (Some sources falsely report that they were found in the palace’s chimneys.) Similar tapestries, depicting the tragic love story of Hero and Leander, can be seen in the residence of the Swedish royal family in Stockholm.

The Fountain of St George, located in the inner courtyard of the palace, depicts the famous tussle with the dragon and, according to legend, symbolises the efforts of the Catholic Church to resist the reformation. The Primate’s Palace, in particular its Mirror Hall, is often used for marriages or concerts nowadays. 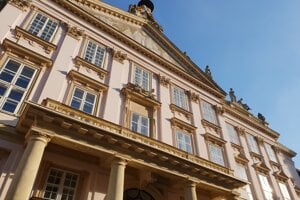 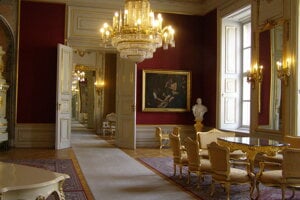 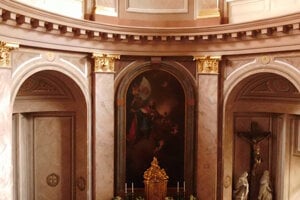