Blaha posted a picture with his hammer-and-sickle gift. 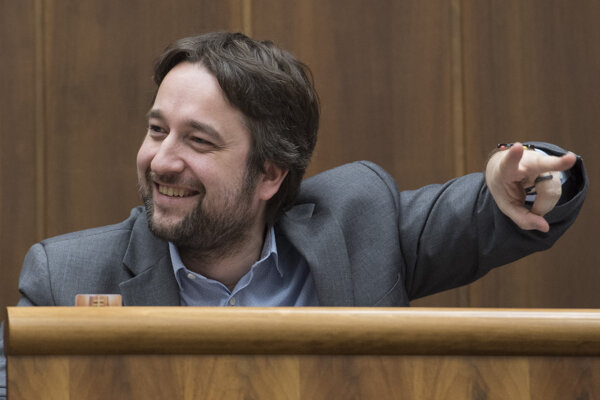 Smer MP Ľuboš Blaha, who chairs the European Affairs Committee in parliament, well-known for his long and inflammatory Facebook statuses, is being investigated by the police.

The Facebook post is essentially a photo with Smer chair Robert Fico after he gifted Blaha a red star-shaped decoration with a communist hammer and sickle engraved in it. No charge has been brought forward.

An investigator launched criminal proceedings on January 16 upon a complaint filed by Juraj Petrovič, who serves as the Civic Conservative Party (OKS) vice-chair.

Blaha brings up Warhol and Austria

Blaha said, in response to the investigator’s resolution, that they infringe his freedom of expression.