The SHMÚ has also issued wind warnings for February 5. 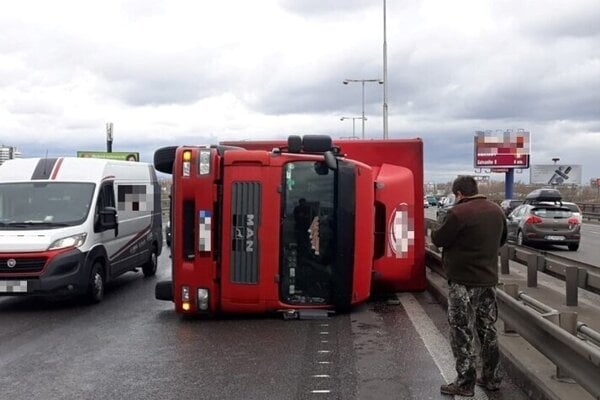 Prístavny Bridge in Bratislava is partially closed after a lorry tips over on February 4, 2020. (Source: SITA)
Font size:A-|A+6

The weather in Slovakia has gone wild and caused significant damage across the country – power cutoffs, traffic problems and flooding.

SHMÚ predicted 115km/h winds would hit the Bratislava Region in the afternoon hours, while 180km/h winds were expected in the Tatras and Lower Tatras. The SHMÚ also warned against rainfall and flooding in several districts in the Žilina, Banská Bystrica, and Trenčín Regions. 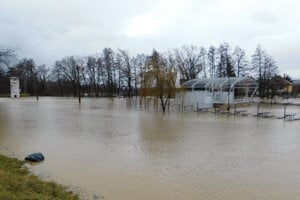 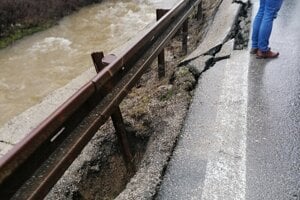 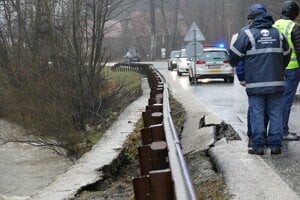 Meteorologists also expected snowfall in the Tatra Mountains, as well as in historical regions of Kysuce, Horehronie and Orava, which are located in the north of Slovakia.