An expelled diplomat, a charged commentator, and a new opposition leader

Polls have brought more questions than answers so far. Soon they will be silenced. 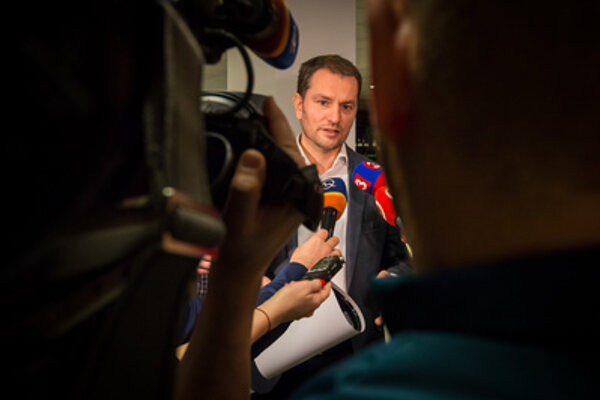 The countdown to the parliamentary election continues. By the end of this week, with two weeks to go until the vote, the moratorium on publishing polls will start. The latest polls show Igor Matovič’s campaign tactics are paying off as OĽaNO leads among opposition parties. The murder trial continued with further witnesses, including Europol experts who dealt with Threema, the Foreign Affairs Ministry expelled a Vietnamese diplomat from Slovakia and the police pressed charges against prominent commentator Michal Havran.

The much-criticised Igor Matovič might not have a proper election programme nor an actual candidate for a potential prime minister (it would have to be himself, but most observers believe he would be neither capable nor interested in the job). But he sure knows how to reach the hearts of people, which clearly pays off, with most voters following their hearts rather than their minds when making their electoral decision.

After his recent stunt with an online survey, all the latest polls show his OĽaNO in the lead among the opposition parties. The AKO polling agency, measured the popularity of OĽaNO among voters the week after he announced his survey at over 12 13 percent, just after Smer with 17 percent.

So, three weeks before the parliamentary election, a new question came up that kept local observers busy, after their frequent pondering on whether the president should or should not assign the far right leader Marian Kotleba to form a government if he wins the vote: What if the one with the assignment ends up being Matovič? Does he even want to be a prime minister, and what will he do?

The poll suggests the bloc of parties that has come to be known as the democratic opposition in Slovakia (opposition parties excluding the extremist ĽSNS and the populist Sme Rodina, but including OĽaNO) would gain the thin majority of 77 seats in parliament, but, as polls do, it does not suggest how on earth they are going to make it work with OĽaNO as their potential government’s strongest element.

Read more articles by the topic
This article is also related to other trending topics: Election, Last Week in Slovakia