Handwriting expert testifies against Rusko: Signatures are from after 2013

Promissory notes case might reach the stage of final speeches this week. 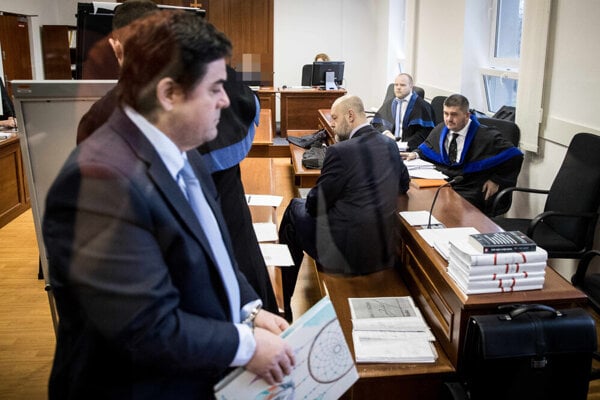 Pavol Rusko did not sign the promissory notes earlier than in 2013, says a handwriting expert, whose testimony is one of the key expert opinions in the case that might land Rusko and Marian Kočner in prison.

The promissory notes trial continued on February 10 with the testimonies of two experts on handwriting, Erika Straková who analysed hundreds of signatures of Pavol Rusko's and Czech expert Milan Nouzovsky, who was called forward as a witness of the defence. Both Marian Kočner and Pavol Rusko, who stand accused of forging four promissory notes of the private television broadcaster Markíza, and using the fakes in 2016 to demand €69 million from the network, attended the 22nd day of the trial.