A campaign video from Cannes got the most interactions. 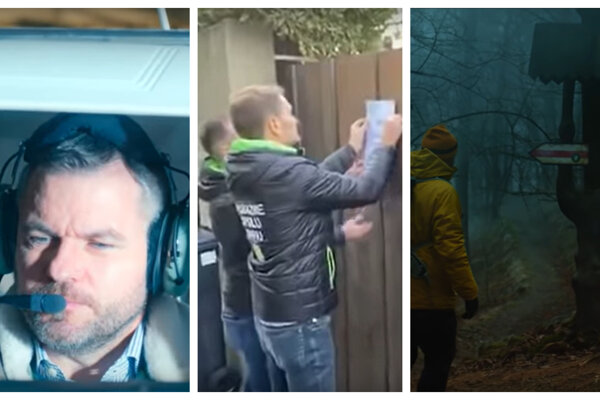 Which online campaign is the most effective? (Source: Youtube)
Font size:A-|A+24

Slovakia is preparing for the parliamentary election taking place on February 29. Read more about the election:
>> What are the possible scenarios after the election?
>> Brief overview of the party manifestos
>> Which party has the most transparent campaign?

Funny videos, live broadcasts of press briefings, rap songs and records from foreign trips. There are many ways politicians try to catch the attention of voters online.

Slovakia's politicians had communicated with potential voters on Facebook in the past, but experts agree that the use of social media for campaigning has not been as significant in the past as in the 2020 campaign.

Politicians according to a number of interactions:

The non-governmental organisation Memo 98 that monitors media and political campaigns had watched the ongoing election campaign from its start on November 5, 2019 until January 26, 2020.

“It is a long-standing trend of generating a large number of interactions," Memo 98 director Rastislav Kužel said about Blaha.

Blaha, known for his long and provocative Facebook posts and for banning people who disagree with him or criticise him on his official page, had more than 792,853 interactions on his Facebook page. The number is a sum of reactions, comments and shares of his posts. Pellegrini, who came second in the evaluation, had 355,250 interactions.

Blaha belongs among the most controversial politicians of Smer and he has been able to utilize Facebook to create a high number of followers by publishing very controversial views and opinions over a long period of time, Memo 98 summed up.

“The main campaign strategy in his case is to attack opponents, particularly from among opposition parties such as PS/Spolu, Za Ľudí, OĽaNO, and SaS,” Kužel said. "He also attacks media, NGOs and others who stand for liberal democracy.”