The gate currently houses the Museum of Weapons and Town Fortification. 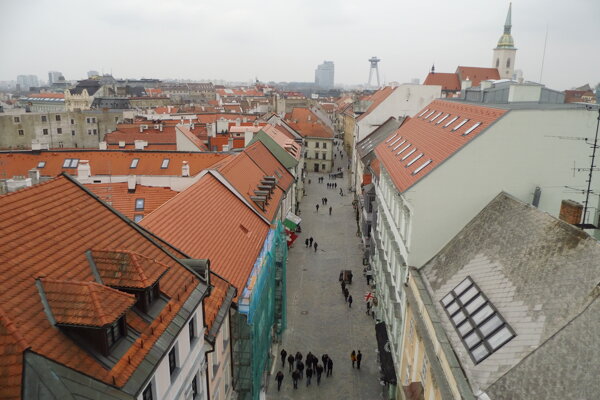 At one point, there were four main gates through solid city fortifications into what is now Bratislava’s Old Town. Michael’s Gate, built at the end of 13th century, is the only one that remains today.
In the past, Michael’s Gate had a drawbridge, portcullis and heavy wooden doors, but is now most notable for its gothic tower, which was extended to its present height in the mid-18th century and has a sculpture of St Michael standing at its top. Its name is derived from St Michael’s Church and a settlement in a suburb outside the gate.

Nowadays, the gate houses the Museum of Weapons and Town Fortification, while the tower offers a grand view over the old city. Beneath Michael’s Tower is the so-called “zero kilometre” with marks showing the distances from Bratislava to 29 major cities around the world. 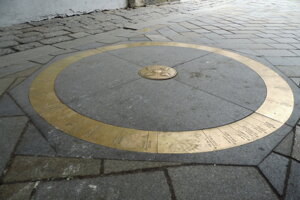 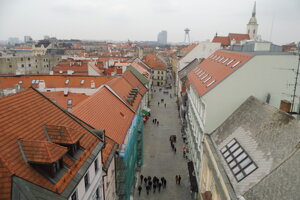 Admission for adults: €5
Reduced price (seniors, students, pupils): €3
For more pricing options see the website of the Museum of Weapons.