Ski centre in Jasná may be expanded

Conservationists will be careful when assessing the plans. 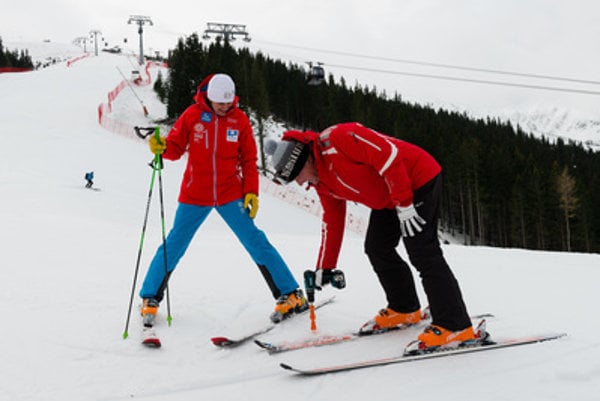 New ski slopes, two cableways, multifunctional centre, accommodation capacities, and new parking lots are among recent plans that may soon be carried out in the Jasná recreational area.

Tatry Mountain Resorts (TMR) plans to invest €50 million into the resort, to support tourism in the Horehronie region and sporting activities, and offer more possibilities for skiing beginners on this side of Chopok Hill, the company’s CEO Bohuš Hlavatý stated in a press release.

They are ready to submit the proposal for an environmental impact assessment soon.

TMR predicts that the approval process may take some three years, and the construction itself another four years, the SITA newswire reported.

“We can also create about 200 direct new jobs that will generate further ones,” Hlavatý said, as quoted by SITA. 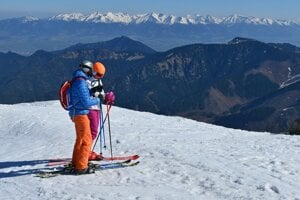 In his opinion, the south side of Chopok and the whole Horehronie region have a strong development potential.

With its plans, the company is responding to the increasing demand for tourism services, which are supported not only by recreational vouchers, but also the increasing interest of the public in active relaxation and a healthy lifestyle. At the same time, Jasná belongs among the most visited resorts on the southern side of Chopok.

TMR plans to build two new easy blue ski slopes with the possibility of artificial snow in Srdiečko-Krúpová and Jelenia lúka-Krúpová, prolonging the Vyhliadková slope from the Veľký Príslop saddle, and extending the Slnečná slope at its narrowest point.

They also want to double the parking spaces to about 1,000 spots.

Further plans include the construction of a connection between Krúpová and Dereše with one long or two shorter six-seat cable-cars and a new accumulation tank that should increase the capacity of artificial snow. They also want to build a new three-floor building offering various services, move the Maxiland ski school to a better locality, built a new chalet on Jelenia Lúka and reconstruct the accommodation for employees, SITA reported. 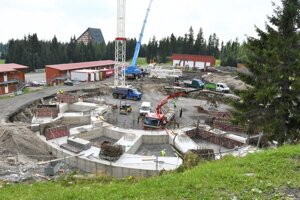 The long-term vision counts with constructing new accommodation in the form of Krúpová Hotel, with the capacity of 260-330 beds, and an area with 30-50 cottages. They also plan to build their own path in the tree-tops, which will be 500 metres long.

Conservationists will be careful

All projects should be carried out on the territory of the Low Tatras National Park (NAPANT), in the third-level protection zone. The company claims that their projects should minimise the interference in protected areas and are situated within the existing resort.

Conservationists plan on being very careful and will strictly evaluate the plans, said Ľuboš Čillag, head of NAPANT administration.

The problem may be the water tank for creating artificial snow, but this will all be discussed during the environmental impact assessment, he told SITA.