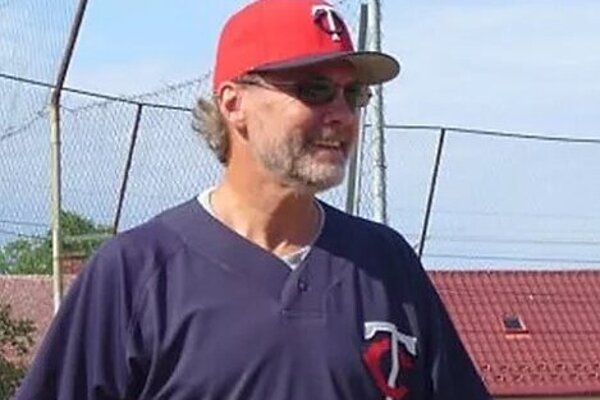 In 1969, a 19-year-old American baseball player named Tom Johnson received an invitation to pitch batting practice for his idols, the Minnesota Twins.

Still recuperating from a nasty horse riding accident that had occurred just a few weeks prior, the teenager from St. Paul, Minnesota was a bundle of nerves.

“These were heroes of mine, some of whom would end up in the Hall of Fame, so when I walked into the locker room, I was totally intimidated - until I took my shirt off,” said Johnson, who now uses baseball to reach out to youth in Slovakia.

As Johnson changed into the Twins uniform hanging in his locker, the players took notice of the scars from the accident running across his chest and up around his neck.

“All of a sudden, I was one of them. It was the coolest thing!” he remarked.

After a solid performance at practice, the Twins offered Johnson a college scholarship plus $5,000, a large sum of money back then, to play in the Minor Leagues.

He couldn’t believe he would have the chance to play professional baseball, convinced that he wouldn’t progress further than the Minor Leagues.

“I never had the audacity to dream of the Major Leagues,”Johnson said. “Realistically, it wasn’t something I thought I could aspire to.”

Tryout of a lifetime

Thank you for singing up. Shortly an email will be sent to the address you provided to verify your e-mail.
Error! Please try to register again later, your e-mail was not registered.
Your email is not in a correct format.
Please confirm you are not a robot.
Share on Facebook (925)Comments disabled