Where the Slovak language was born: Uhrovec

Several personalities were born in the village, including Ľudovít Štúr and Alexander Dubček. 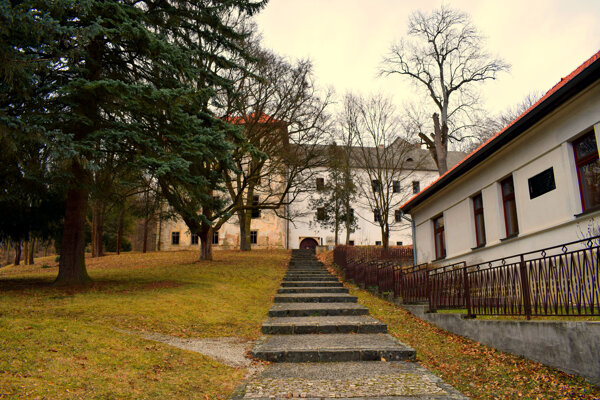 5:30 a.m. Pavel Pavlis is standing in the kitchen. He is making coffee. And preparing breakfast. Only a little cat looks at him sleepily.

Pavel Pavlis has guests. Four tourists are sleeping in a cosy room behind the kitchen.

Pavel Pavlis is a castellan.

And his home is the Uhrovec Castle.

The mediaeval ruins of the Uhrovec Castle, one of the most valuable Romanesque style castles in Slovakia from the 13th century, tower in the deep forests of the Strážovské vrchy mountains in western Slovakia. It stands proudly from the height of 591m.

And it gazes far and wide.

Far and wide saw its brave lady in the times of the Turkish invasion, when she recognized the Turkish pasha among his troops and killed him with a single gunshot.

There is a small scenic village located in the valley under the castle.

Only two hours’ drive from Bratislava.

It squats in the height of 258 m, as Belgian Jeanneke Pis, in the Strážovské vrchy mountains, hugged by the wooden hills.

Born in the same house

The birthplace of Alexander Dubček. Politician of non-violence, still searching the truth, the face of The Prague spring of 1968 and The Velvet Revolution of 1989. The Slovak Gándhí.

And in the same house, 100 years before Dubček, Ľudovít Štúr was born. The politician, fighting for Slovak self-determination. The writer, longing for a formal Slovak language. 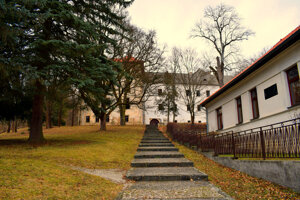 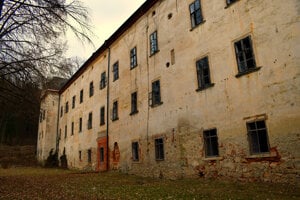 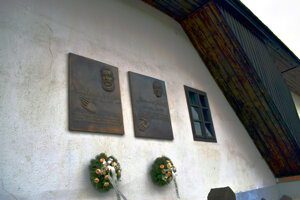 A visit to Uhrovec and the nearby castle (10 photos)

There are several steps mildly sloping upward in front of this modest house with a small mill. They lead to the Renaissance manor house with an Empire style chapel, originally built on a hillock in the 16th century.

Its owner was the noble Zay family.

And young Ľudovít Štúr so often took the steps to the manor house. To visit his father, who worked there. Especially on the days when the father bound the books in the famous Zay library. It was so fascinating!

Also about Martin Luther. A keen founder of the modern formal German language.

And there, in a shadow of the strong walls, speaking with the words of the greatest writers and poets, and learned hundred-year-old trees, Ľudovít Štúr became an ascetic linguist, writer, politician and codifier of the formal Slovak language.

But still, he was not able to withstand the glamour of a beautiful, fascinating and heroic woman.

Her name was Adela Ostrolúcka.