The session ended after only seven minutes on February 19. 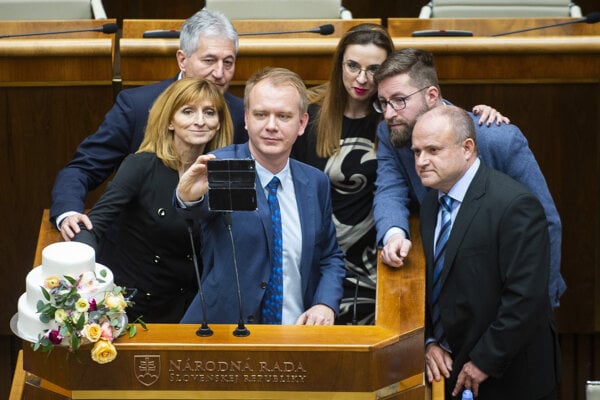 A doubled child allowance, 13th pensions and scrapped highway fees are still on the table in the parliament.

MPs, whose term ends in ten days, convened for an extraordinary session on Tuesday, but Parliament's Speaker Andrej Danko postponed their session to Wednesday after a group of opposition MPs blocked the speaker's desk. They say they are ready to spend the night there.

The last parliamentary session has not been planned but was scheduled to push through costly amendments proposed by Smer and the Slovak National Party (SNS). 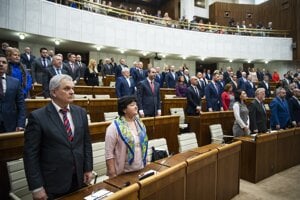 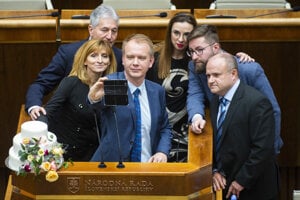 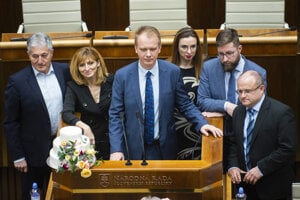 MPs succeeded in opening the session to discuss the 13th pension, doubling the child allowance and scrapping highway fees for individuals when 77 MPs presented themselves and passed the programme of the session.

As the Denník N daily pointed out, the session was opened thank to seven MPs (Ľubomír Galko, Natália Blahová, Vladimír Sloboda, Renáta Kaščáková, Jozef Rajtár, Miroslav Ivan and Radoslav Pavelka) who left the opposition Freedom and Solidarity (SaS) last year and are running on the slate of the marginal Democratic Party (DS).

The parliament did not discuss the proposals on February 19 either. Although the MPs were present, the six MPs from the PS/Spolu coalition still blocked the speaker’s deck. The MPs led by Miroslav Beblavý spent the night in parliament, the Sme daily reported.