The autimotive industry is one of main pillars of the Slovak economy. (Source: Courtesy of VW SK)
Font size:A-|A+3

The cabinet on Wednesday, February 19, greenlighted a €5.035 million investment stimulus for the Slovak arm of the German carmaker Volkswagen in the form of income tax relief. With the provision the carmaker will support its €14.4-million investment at its Martin-based plant, where it wants to build new capacities to boost e-mobility development.

“We are interested in continuing to support innovations and all new elements in the automotive industry,” said Economy Minister Peter Žiga (Smer) after the cabinet session, as cited by the TASR newswire. “This is why we have decided to support the activity of Volkswagen.”

The new product to be added to the portfolio of the Martin-based plant is the differential gear for electric cars. 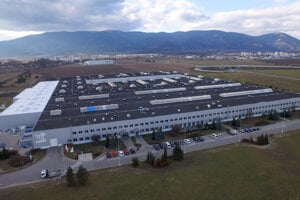 Žiga recalled that the new investment will secure not only the creation of 18 new working positions until 2021 but also stable work for about 160 employees, who worked on a different production line before.

The Martin plant, which is a part of Volkswagen Group Components, was launched in 2000. It now employs more than 800 workers. It produces components for gear boxes and chassis as well as various shafts. More than 90 percent of its production goes to the group’s plants in Germany.