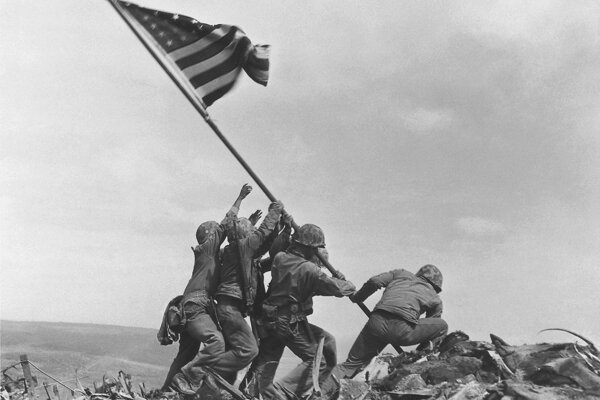 Raising the Flag on Iwo Jima (Source: Courtesy of the US Embassy)
Font size:A-|A+196

Many people know the photo where he is captured but only a few people know his name. The shot of a group of six U.S. marines raising the American flag atop Mount Suribachi during the Battle of Iwo Jima in World War II has become an iconic scene. One of these men was from Slovakia, Michael Strank in English or Michal Strenk in Slovak or Mykhal Strenk in Ruthenian. He was only 25 when he died.

The photo was captured 75 years ago on February 23, 1945, by Joe Rosenthal. The image also inspired the construction of the United States Marine Corps War Memorial in Arlington, Virginia. Sergeant Michal Strank was later granted U.S. citizenship in memoriam.

The life of Michal Strenk started on Slovak territory. The village of Jarabina where Michael Strank was born on November 10, 1919 is located in north-east Slovakia near the town of Stará Ľubovňa. Michael did not live there long, as his Ruthenian family migrated to Pennsylvania shortly after he was born. His siblings – brothers Petro and John, sister Mary – were born in the United States. 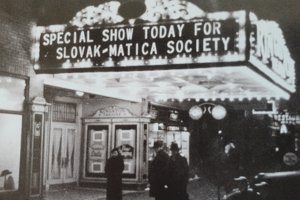 Related story:How did Slovak America taste at the turn of centuries? Read more

In the time before the WWI and after, many Slovaks left for the USA, particularly due to social reasons. They usually found employment in the mining or steel industries, like the father of Michael Strank. There used to be large Slovak communities in the US in the last century. 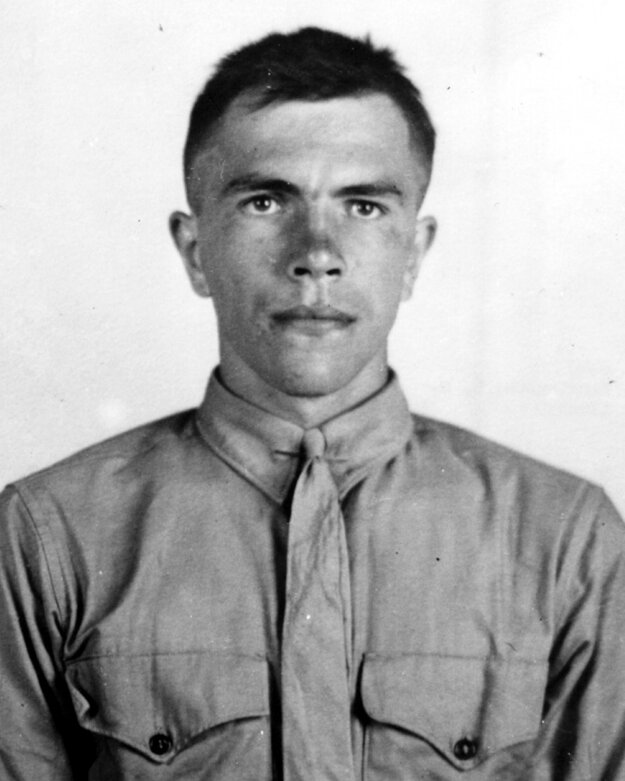 Michael Strank (Source: Courtesy of the US Embassy)

In April 1942 Michael, who had been promoted to Sergeant, shipped out of San Diego, California and landed on the island of Uvea in the South Pacific. He soon transferred to the elite 3rd Marine Raider Battalion. The Marine Raiders conducted amphibious light infantry warfare, often operating behind enemy lines after landing on shore in small rubber landing boats.

Michael saw combat in the Solomon Islands and Bougainville Island in Papua New Guinea between 1942 and 1944. In 1944 Michael was reassigned to 28th Marines, 5th Division and received extensive training in California and Hawaii.