French analyst: Danko in Russia? It’s detrimental but in the end, no one really cares

In an interview, Thibault Muzergues talks about the image of Slovakia abroad and the impact of upcoming elections. 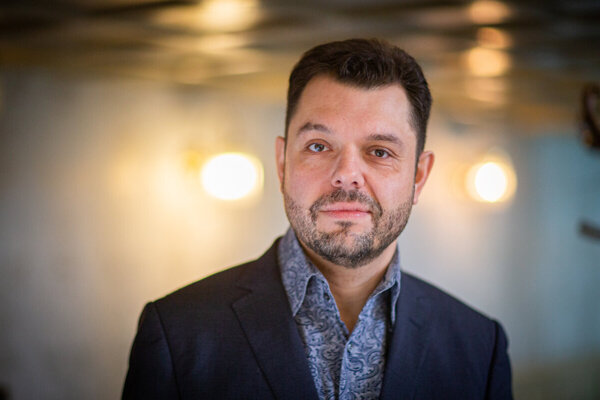 Slovak diplomacy keeps its pro-western orientation, making it stand out in the region, Thibault Muzergues, French analyst and Europe Program Director for the International Republican Institute, told the Sme daily.

Muzergues closely monitors central European policy. In an interview, he assessed the perception of Slovakia abroad, the conflict between symbols and reality, and the biggest clichés about the central European region.

What is the image of Slovakia abroad?

A problem of Slovakia is that nobody seems to notice or care much about it. In the past few years, there was the murder of Ján Kuciak and then came President Zuzana Čaputová, but they can’t even pronounce either name right.

As a person who cares about this country and this region, I have the feeling that it’s still like when British PM Neville Chamberlain talked after the Munich Conference in 1938 in the House of Commons about the country that we know very little about [in connection with Czechoslovakia when discussing whether to go to war – ed. note]. I think this division between the East and the West and how little both sides of the former Iron Curtain know and care about each other still resonates.

The problem of Slovakia also is that it’s a new country, so it doesn’t have the history of countries like Hungary or Poland. And it’s small.

But if you ask in diplomatic circles, they care a lot about Slovakia.

Slovakia is part of the European Union. Although it’s a small country, there is the one country, one vote principle. Like in America, for example, where even a small state like Vermont has as many senators as California.

Slovakia is important also because of its position in the V4. The current government played extremely smart when Emmanuel Macron was elected as it was the only V4 country that showed openness to him. And Macron came to Slovakia in the fall of 2018.

From the V4 perspective, solidarity went down, but it was always bound to go down because, apart from migration, the V4 is not very united right now.