There is also a spot for taking photos. 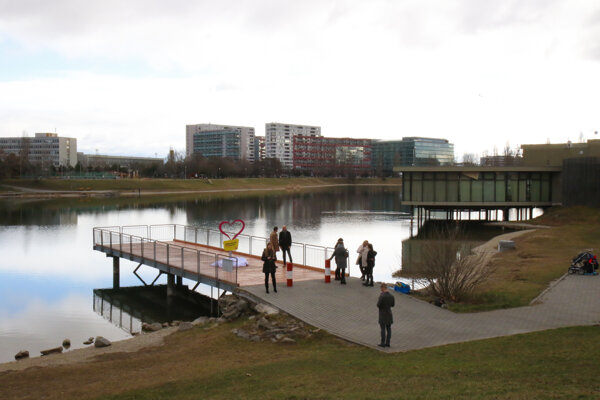 The jetty’s worn out boards were the reason for its closure. At the end of last year, owner of the nearby shopping centre, the Austrian company Immofinanz, started its reconstruction. 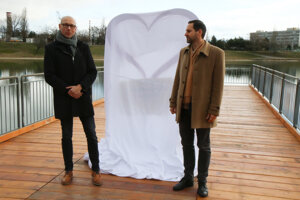 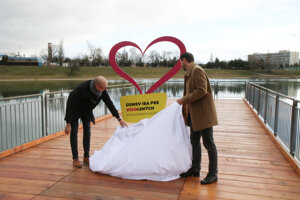 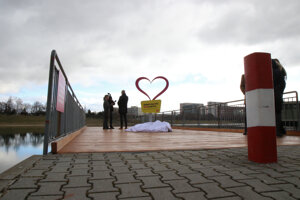 The jetty has been renewed and there is a heart-shaped installation, representing the relations of people living in Nové Mesto towards their borough.

“The new jetty and photo point are the first steps to the significantly bigger connection of the shopping centre, offices and compound of Kuchajda Lake,” the Austrian company noted, as quoted by the TASR newswire.

The lookout jetty was built in 2000 by a nearby shopping centre. The local municipality reported last year that they succeeded in agreeing on the reconstruction of the jetty.

“The jetty is not under the ownership of the borough, that’s why it was not possible to reconstruct it using our own funding,” the borough explained in summer, as quoted by TASR.