A hard NO to extremism and fear-mongering ahead of elections

Several organisations and initiatives are launching a get-out-the-vote campaign in the last week before the vote. 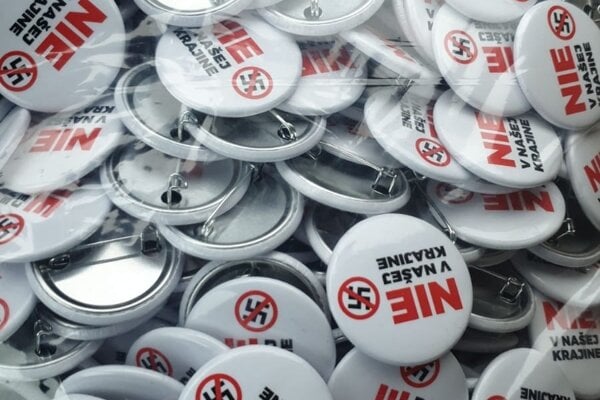 Slovakia has seen several calls on people not to be indifferent and attend the upcoming February 29 election. Many of them stress the need to reject extremism and totalitarian ideologies.

Some rectors even granted leave to their students the day before the election, to allow them to travel home and cast their ballots. 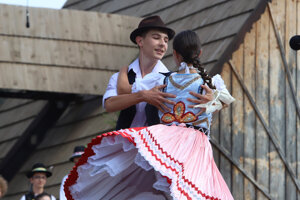 Some initiatives, like the Not in Our Country, Not in My Costume, For a Better Country and the College of the Memory of the Nation warn against the totalitarian ideologies.

The letter from bishops read in the churches across Slovakia has asked people not to be carried away by emotional mottos that “invoke the feelings of being threatened”.

A recently-emerged civic initiative Nie v Našej Krajine (Not in Our Country) rejects totalitarian ideologies and the spreading of fear by parties who adhere to such parties.

The initiative has produced 100,000 badges they plan to distribute in 46 municipalities across Slovakia.

“We’re an open group with the aim to continue initiating activities under our main message in Slovak municipalities,” said Andrea Cocherová, manager and civic activist who has recently set up the initiative.

She was inspired by the badges saying #allforjan, which appeared after the murders of Ján Kuciak and Martina Kušnírová, which she also helped to produce, and the Nie v našom meste (Not in our city) initiative that was established in Banská Bystrica shortly after Marian Kotleba became the regional governor. Its message has spread to other places since then.

“Democratic principles, human rights and a life without fear and violence is something uniting us,” Cocherová added.

The recently-launched Not in My Costume initiative called on politicians not to abuse folk culture for political aims, and encouraged people to vote against those who spread hate and the ideas of a single-colour culture.

Freedom is not a happy end

Meanwhile, the College of Memory of the Nation initiative has also called on people to vote, and vote for a future without hate, violence and murders. 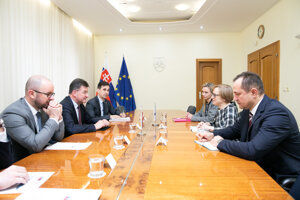 “We’re deciding between decency and violence, thoughtfulness and rudeness, responsibility and hate, justice and contempt, a sense of belonging and hatred,” it wrote in the call. “We’re in a situation when voting is not just a possibility, but our duty.”

The association stressed the importance of the elections and also highlighted the activities of the non-governmental organisation Post Bellum, which documents the memories of witnesses of the important historical phenomena of the 20th century and tries to pass these stories on to the broader public. In 2019, they documented 100 stories of people who were affected by non-democratic regimes, namely the Nazi-allied Slovak state and communism.

The call has been signed by several Slovak personalities.

Another initiative called Pre Lepšiu Krajinu (For a Better Country), which describes itself as an apolitical group that does not want to inactively watch the radicalisation of Slovakia, has organised an event scheduled for February 25 in Freedom Square in Bratislava, where they want to show that Slovakia is not a country for some “questionable experiments like communism and fascism”.

Bishops invite to elections too

Similarly to the 2010 election, Slovak bishops have also invited people to attend the vote, all the while stressing the Church is not intending to enter the campaign. 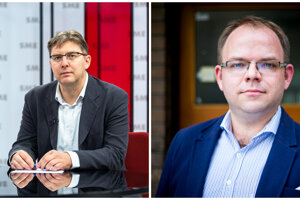 “It is important to vote, and it is certainly possible to choose,” reads the pastoral letter read in churches across the country on Sunday, February 23.

The bishops recommended people learn more about the programmes of the parties running in the elections, and confront them with “the values of the Gospel”.

They also warned against some mottos that may raise emotions and the feeling of being threatened, and against quick and radical solutions. The bishops expressed their disgust with fraud and corruption, and called on people to not only step back from dishonesty, but also from "new ideologies".

Bishops of the Evangelical Church issued a letter to their believers, calling on people to "vote for candidates who are wise, cultivated, and honest".

A leave for students

The rectors of the two largest universities in Slovakia, Comenius University (UK) in Bratislava and the Slovak University of Technology (STU) in Bratislava, wanted to stress the importance of the upcoming elections.

In the call, Marek Števček of UK and Miroslav Fikar of STU, pointed to the problem with fake news and misinformation spread on the internet, and several insecurities linked to the future. 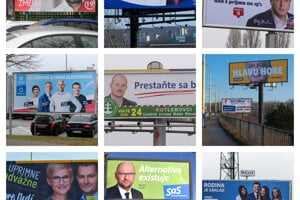 Related article What are parties promising ahead of elections? Read more

“But it’s unacceptable for somebody to turn these insecurities into fear, spreading it in the form of xenophobia, racism or hatred,” the call reads.

The rectors stressed that Slovakia belongs to the EU, which is a guarantee of our geopolitical and value orientation.

As a result, they gave all their full-time students the afternoon off so that they can travel home and cast a ballot.

“Let’s vote,” the call reads. “Everybody has their own voice and can express their opinion. Let’s do this right.”