The special session will continue on February 25. 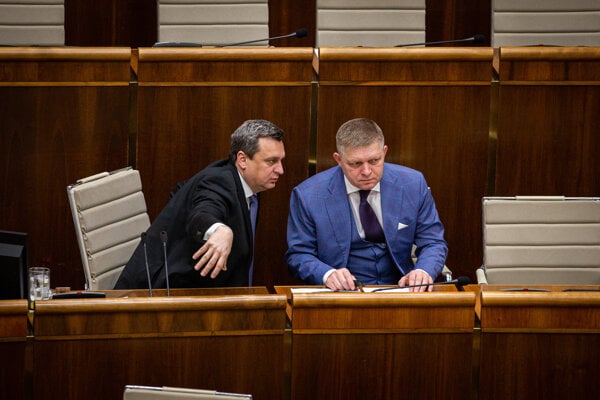 Due to a lack of votes, MPs failed to pass the proposal to discuss the draft laws proposed by the ruling parties Smer and the Slovak National Party (SNS) in the fast-track proceeding, the Sme daily reported.

The special parliamentary session, at which the 13th pension, the increase in child allowances and the cancellation of highway stickers should be debated, will thus continue on February 25, when another vote will take place. 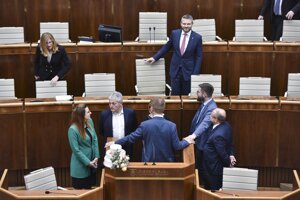 Smer and SNS failed to collect enough votes to push through their proposal to discuss the three drafts in a fast-track proceeding. Together with MPs from the far-right Kotlebovci – People’s Party Our Slovakia (ĽSNS) and three renegades of Sme Rodina, they only had 68 votes. It was necessary to collect at least 76.

Not even the renegades of Freedom and Solidarity (SaS) around Ľubomír Galko supported the proposal, even though they helped open the session.

Although Smer chair Robert Fico has been attacking his coalition colleague Béla Bugár (Most-Híd) in the past few days, after the failed vote, he called on the party to attend the February 25 vote. As he stressed, the ruling coalition will dissolve only after the parliamentary elections.

If the proposal to discuss the drafts in a fast-track proceeding is not passed, there is no reason to discuss the social measures that may cost about €800 million, Fico added. Two of them are pre-election promises of Smer, the Denník N daily reported.

Most-Híd already said, however, that it would not attend the session, Sme wrote.