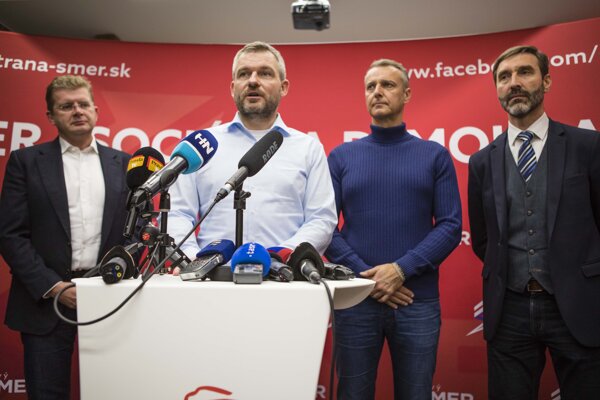 Several foreign media have already reported on the exit polls results published shortly after the polling stations closed in Slovakia on February 29.

They praised the result of Igor Matovič's Ordinary People and Independent Personalities (OĽaNO) party, which came first with 25.8 percent of the vote.

OĽaNO could create a coalition, with at least three other center-right parties sitting in it, it added.

"In a further blow for Smer, the polls suggested that [Robert] Fico’s current coalition partners, the ultra-nationalist Slovak National Party and a party of ethnic Hungarians, would not win any seats," AP wrote.

The newswire also reminded that OĽaNO focused in its campaign on fighting corruption and attacking Fico.

"An anti-corruption drive has been in the party’s program since Matovič established it 10 years ago," AP reported.

According to BBC, the election was dominated by public anger over the 2018 murder of an investigative journalist and his fiancée.

"The shooting of Ján Kuciak and Martina Kušnírová shocked the nation and toppled PM Robert Fico, but his Smer-SD party remained in office," BBC reported.

The broadcaster also pointed out that the general election follows a presidential vote in 2019, in which "anti-corruption campaigner and lawyer Zuzana Čaputová won, despite being a political newcomer".

The AFP newswire mentioned that Matovič "galvanised voter outrage over the murder of Jan Kuciak and his fiancee, and the high-level graft their deaths exposed".

Another dominant factor, according to AFP, was "an angry backlash over the 2018 murder of a journalist probing corruption in the eurozone state".

The result leaves Slovakia rooted in Europe’s mainstream, staving its deviation along the rebellious paths followed by neighboring Hungary and Poland, the Bloomberg newswire reported.

"It comes less than a year after voters in the European Union and euro-region member elected their first female president in a rebuke of nationalist and euroskeptic forces," it added.

The news agency also commented on the probable coalition, claiming that it "contains some unlikely bedfellows, melding together the anti-immigrant and anti-gay partnership We Are Family to Progressive Slovakia, which stands for the precise opposite".

That could mean a volatile government, not what Slovakia needs amid a slowdown in its huge auto industry, the world’s biggest per capita, according to Bloomberg.