Election winner: It would be unfair to blame us for other parties’ low vote share

Ordinary People and Independent Personalities was on 5 percent in opinion polls last year but won election with 25 percent of the vote. 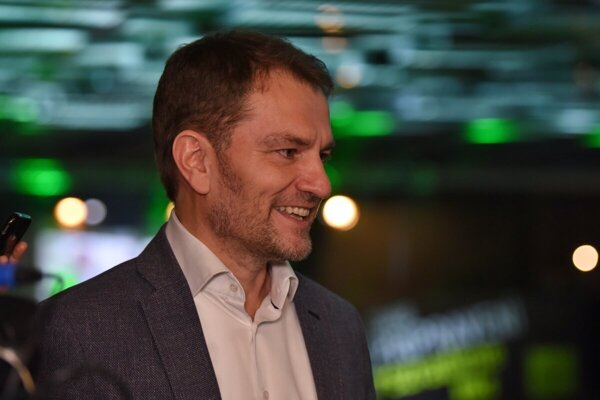 Signing a non-aggression pact was a strategic mistake and was illogical, Igor Matovič, who won the parliamentary election and is likely to lead a conservative government, told the Sme daily on election night.

You waited a long time before you gave a press conference after the votes had been counted. Was it because you still hoped that PS/Spolu would make it to parliament?

That is exactly why. We were hoping they would get more than they did, but in the end, we did the maths and it was clear. It would be a miracle if they had twice as many votes in the last 10 percent of the electoral districts than in the first 90 percent. That was not possible.

The results showed that the Christian Democratic Movement (KDH) was also unlikely to make it to parliament. Your vote count, on the other hand, was higher than in recent opinion polls. Was that thanks to your campaign?

It would be unfair to blame us for a result like that. Everyone is responsible for their own result in politics, especially in elections.

These two parties made a strategic mistake from the start when they signed a non-aggression pact, a silence pact, which is basically illogical. Decent people do not attack each other, you do not need to sign any pacts for that.

They were ideological enemies. That worried PS/Spolu voters and some KDH voters. Now they have to bear the consequences.

The result means you have a small majority without Sme Rodina. You will probably need to rely on them too. You said you wanted to put together the best government the country has had so far. Is it the best if Boris Kollár is part of it?

The aim was for PS/Spolu to be part of this grouping, which would give us something like 110 seats. Now it will be tighter. But we need to bake our cake with the ingredients we have been given by the voters. I obviously regret PS/Spolu’s result, but they seem to have been killed by their own pride at the start.

Is Boris Kollár, whom you are planning to speak to first, a trustworthy partner even after he voted with Smer, SNS and ĽSNS about [legislation introducing] thirteenth pensions just days before election?

Daniela Hajčáková
Subscribe Author Subscribe
News: Receive notifications about new articles by email. Try the new feature and turn on the subscription.
Daniela Hajčáková has been part of the SME editorial since December 2018. Before that, she worked at RTVS for three and a half years, from January to September 2018 as a reporter in Brussels.
Comments disabled
Send the article by email