Matovič and Čaputová have something in common 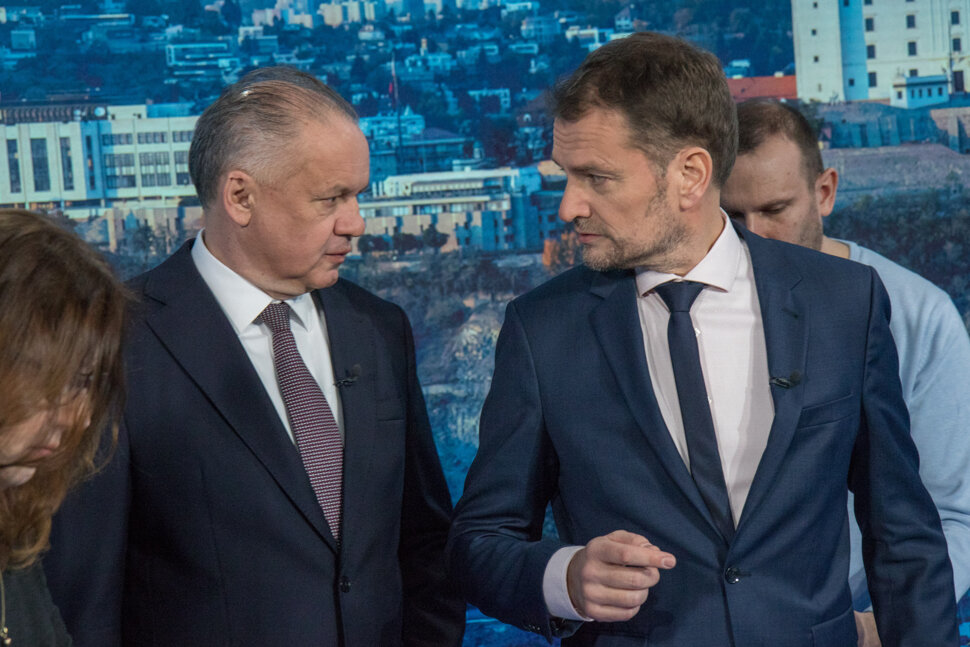 When Zuzana Čaputová won the first round of the presidential election in 2019, the world media called it a rare victory for liberal forces in Europe. One year later, after Slovaks went to polling stations again to elect their next parliament, election results show it was not so much about liberal forces as about anti-corruption sentiment.

- Igor Matovič: It would be unfair to blame us for the result of PS/Spolu and KDH (interview)

The election results, dominated by the populist Ordinary People and Independent Personalities (OĽaNO) movement of Igor Matovič, show that the next ruling coalition will find common ground in its anti-Smer rhetoric. It is also going to be able to rely on a constitutional majority in parliament if four parties: OĽaNO, Boris Kollár’s Sme Rodina, Freedom and Solidarity (SaS) led by Richard Sulík and Za Ľudí led by former president Andrej Kiska, team up.

“We are definitely becoming an island in the fight against corrupt elites,” political scientist Pavol Baboš from Comenius University’s school of political science told The Slovak Spectator when asked whether Slovakia will stand out as an island of liberalism in Central Europe.

Anti-corruption rhetoric is what Matovič, the most likely next prime minister of Slovakia, and President Zuzana Čaputová have in common.

“But it is thin ice, because this is what Andrej Babiš won elections on in the Czech Republic, despite a scandal that would disqualify him from any political career in a standard western democracy,” Baboš noted.

Observers ascribe Matovič’s victory to the anti-Smer and anti-corruption rhetoric that he has embodied on Slovakia’s political scene for the last decade.

“Many people voted for Matovič not because he is conservative, but because in the current particular situation they saw him as the more reliable sledgehammer against Smer,” political analyst Grigorij Mesežnikov of the non-governmental Institute for Public Affairs told The Slovak Spectator.

Conservative voice will be stronger

Michaela Terenzani
special contributor
Subscribe Author Subscribe
News: Receive notifications about new articles by email. Try the new feature and turn on the subscription.
Michaela Terenzani has been with The Slovak Spectator since 2007. She served as editor-in-chief in 2015 - 2023. She comments on events happening in Slovakia in her weekly newsletter, Last Week in Slovakia. Twitter
Comments disabled
Send the article by email
Close ad