Matovič holds all the trump cards

The rest of the potential ruling coalition is left at his mercy. 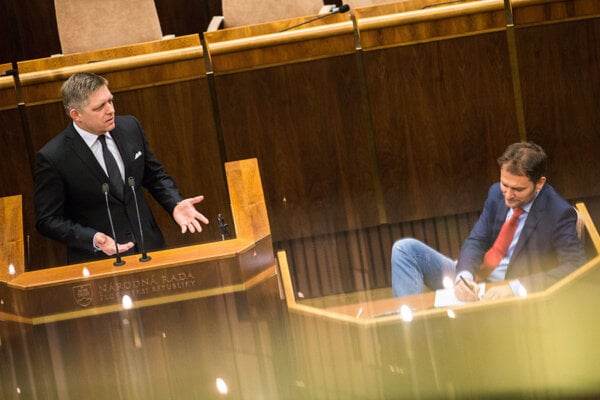 The key issue of this election had been solved even before the polling stations opened. Smer could have hoped at most in having a blocking minority with the far-right ĽSNS, and that option ended in the only place it deserved to be - the land of theory.

Now is the time for the height of the representative democracy: juggling with parliamentary chips and playing with various majorities in the parliament of 150 MPs.

The basics are clear to anyone who can count to 76 - there can be no coalition without OĽaNO, which puts Igor Matovič in a position of extraordinary comfort.

He has enough mandates for a constitutional majority of 90 votes with Boris Kollár of Sme rodina, Richard Sulík of Freedom and Solidarity and Andrej Kiska of Za Ľudí. Then there are three different ways to achieve a simple majority - without Kollar, without Kiska, or without Sulik.